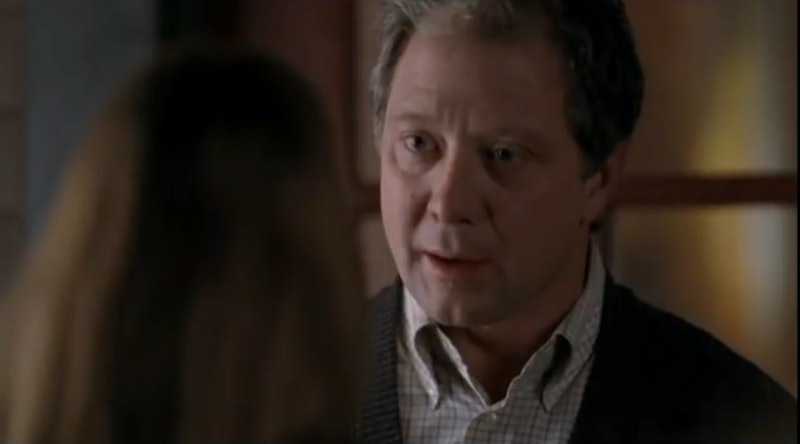 Meredith Grey's childhood was a whirlwind of trauma that eventually lead to her signature "dark and twisty" personality, and a big chunk of that lingering resentment focuses on her father, Thatcher Grey, played by Jeff Perry. It was reported over the summer by Entertainment Weekly that Grey's Anatomy is bringing back Thatcher for a little bit of Season 15, and now it seems that his return is imminent.

Thatcher and Meredith have a less than affectionate relationship — which isn't uncommon for Meredith — and though they've crossed paths frequently over the course of the show, he definitely isn't a regular fixture in her life. Especially now that Lexie, Thatcher's daughter and Meredith's half-sister, is dead, Thatcher no longer has a friendly tie to Grey Sloan Memorial Hospital, and has been particularly scarce. His most recent appearance was way back in Season 7, when Miranda Bailey performed surgery on him to remove a kidney stone.

The promo for Episode 6 of this season shows Richard approaching Meredith, asking when the last time she spoke to her father was. Apparently, Thatcher is sick, though the severity of his illness is unclear. Since viewers are about to be faced with Thatcher again alongside Meredith, here's a refresher on the big points that make up the tumultuous nature of their relationship.