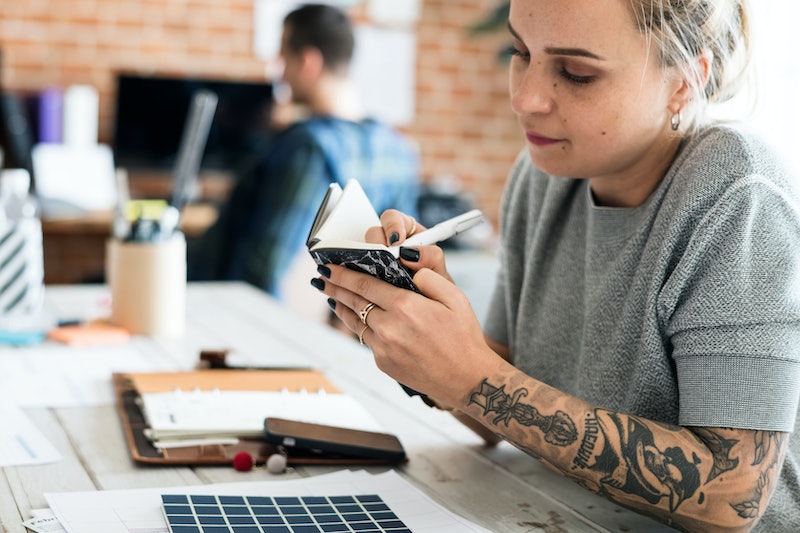 As it’s summer and it’s getting slightly hotter, it isn’t out of the ordinary to see people out and about with their tattoos on display. From the smallest, daintiest butterfly on a shoulder, full sleeves, or a tattooed torso it’s hardly shocking to see body art anymore. It’s 2019 and I feel pretty lucky that tattoos are widely accepted in the UK. However, while tattooing can hardly be classed as a subculture there’s still some incredibly annoying misconceptions attached to people, and often especially women, with body art. Here are nine things not to say or do to women with tattoos. You might have an opinion on tattoos but you don’t always need to air it and remember, you’re talking about someone else's body.

With tattoos featuring in Vogue, on runways, and entire series being dedicated to tattoos and their meaning body art is hardly the rebellion against your parents and society that it once was. A survey conducted in 2015 found that a fifth of all British adults sported some sort of body art and 30 percent of 25 to 39 year olds have at least one tattoo. A US poll found that 47 percent of millennials said they had at least one. It may be super common to see tattooed people now but that doesn't mean you don't still get comments. There are ways of being interested in people's body art without insulting them. See below for things you really shouldn't be saying or doing to people with tattoos.