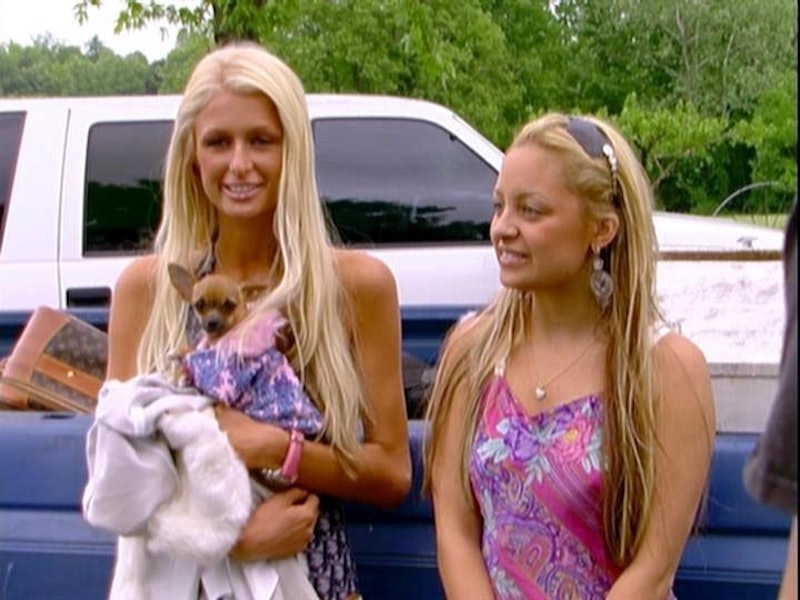 If you hit puberty sometime in the early '00s, those days of awkwardness, Oxy Cleansing Pads, and Victoria Secret Vanilla Lace body spray are probably seared in your memory. Yet there are still so many things that we've completely forgotten from the early 2000s that basically ruled our lives. Reddit user and classy username enthusiast PeopleRCornholes recently posted a challenge on AskReddit to see if the community could name once popular staples of the decade that are now obsolete — and Reddit members were all too happy to oblige. In just 12 hours, the question "What was popular during the "2000's" that is now pretty much forgotten?" has garnered over 1,150 nostalgia-filled replies and counting.

Those in middle or high school during this time will remember those halcyon days when Britney and Justin were an item, everyone was rocking shiny cargo pants with peasant tops, and a Blockbuster membership card actually meant something. Of course, that decade was far from perfect; as as one Redditor puts it: "It was the best of times, it was the Durst of times." (Britney dated Fred Durst of Limp Bizkit fame after Justin, just FYI).

Sure, we've made some important progress over the last 17 years, but if you still have your CD collection alphabetized by artist in a trapper keeper and sometimes wish we could go back to the days of layering tank tops, then read on. Here are a few things that were huge in the early 2000s that we've pretty much forgotten about, according to Reddit: