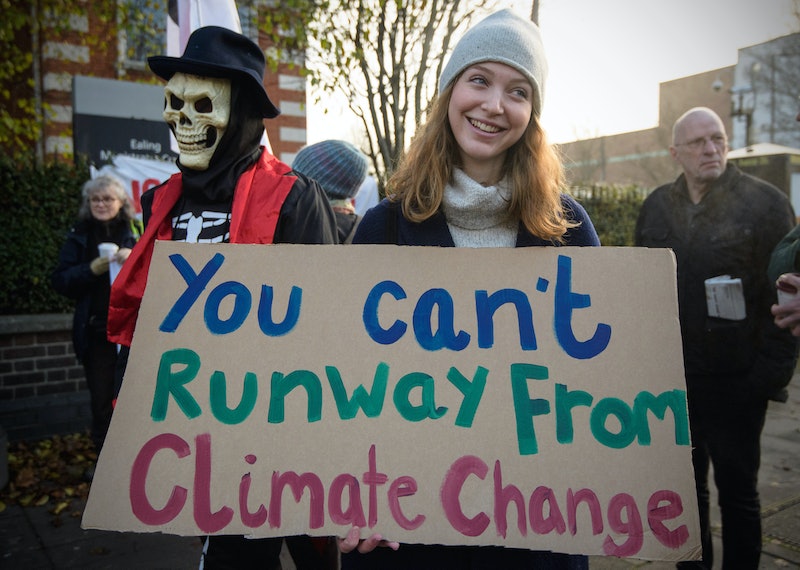 As though it were the final episode of The Bachelor — or sure, The Apprentice — Trump has decided to announce his decision regarding the Paris climate agreement live on Thursday in the White House Rose Garden at 3 p.m. ET. Administration officials have told CNN and other news outlets that Trump is expected to withdraw from the international deal to reduce carbon emissions. That would be bad news for the planet in general, but there are at least nine unintended consequences the United States will face for leaving the Paris climate accord, as well.

Hopefully, the world can soldier on without the United States. China has already doubled down on its commitment in advance of Trump's announcement, according to the BBC. Premier Li Keqiang, while on a trip to Germany, told reporters Thursday that fighting climate change is good for China.

"China will continue to implement the promises made in the Paris accord. But of course we also hope to do this with the co-operation of others," he said.

The European Union is also set to recommit in a joint statement with the Chinese that will be released on Friday. Russia has promised to meet its emissions reductions too, but also noted that it would be less effective without "its key participants."

But don't let other countries' commitments placate you. Trump pulling out of the agreement would limit the agreement's effect; the United States emits a huge amount of carbon into the air. Thus here are just a few unintended consequences of Trump's potential decision to leave the accord.

More like this
Why Eurovision 2023's Host City Won’t Be Revealed For A While Yet
By Sam Ramsden and Rachel Mantock
Why Experts Say Sleeping With A Fan On Isn’t Totally Risk-Free
By Sophie McEvoy
The 6 Best UV Umbrellas, According To A Dermatologist
By Rachael Green
The 8 Best Indoor Door Mats For Your Home
By Jenny White
Get Even More From Bustle — Sign Up For The Newsletter