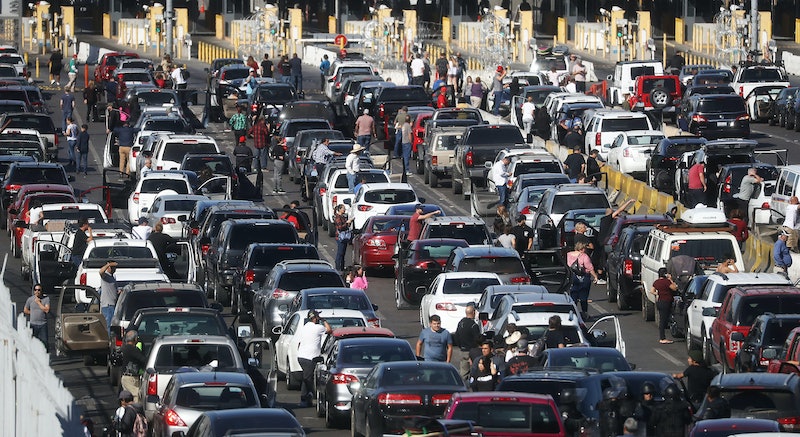 The San Ysidro Land Port of Entry is known as the busiest land border crossing in the Western Hemisphere with an estimated 100,000 people legally passing over the border between the United States and Mexico every day. In fact, for many people, the San Ysidro Port of Entry is just another part of their morning commute. Early last week, however, border patrol detained a 9-year-old U.S. citizen at the border for more than 30 hours, turning what should have been her regular commute to school into a nightmare.

A 9-year-old girl, identified by NBC 7 San Diego as Julia Isabel Amparo Medina, was reportedly detained with her 14-year-old brother by U.S. Customs and Border Protection (CBP) agents after attempting to legally cross the border to attend their schools in San Ysidro on March 19. Both children are reported to be U.S. citizens and have valid passports.

Thelma Galaxia, the children's mother, told NBC 7 San Diego that CBP agents had accused her daughter of lying about her identity, saying she didn't look like the girl in the photograph on her passport card.

In a statement provided to Bustle, CBP officials claimed the child "provided inconsistent information during her inspection" and was thus taken into custody so officers could "perform due diligence in confirming her identity and citizenship." According to CBP, it took officers 32 hours to verify the child's identity.

"It's important that CBP officials positively confirm the identity of a child traveling without a parent or legal guardian," the agency tells Bustle.

But in comments to NBC 7 San Diego, Galaxia alleged that border patrol agents accused her 14-year-old son of smuggling, human trafficking, and sex trafficking and threatened to take him to jail unless he signed a document stating that Julia was really his cousin trying to cross the border using his sister's identification. Galaxia also claimed that Julia was pressured into confessing to be her cousin with the promise of being released and reunited with her family. CBP has refrained from responding to these allegations.

An unnamed federal official told the New York Times that protocol designed to verify a child's identity and confirm they are not a human trafficking victim likely contributed to Julia being detained for such a long period of time. An official familiar with the situation tells Bustle that such protocol is standard procedure whenever an individual provides conflicting or inconsistent information. What's more, they said CBP's process of confirming the girl’s identity appeared to have been further delayed as agents had to wait for a response from the Mexican Consulate regarding her citizenship.

CBP's detention of Julia comes a little over a month after the American Civil Liberties Union (ACLU) filed a lawsuit on behalf of two American women who allege they were detained by border patrol after being overheard speaking Spanish at a grocery store in Montana.