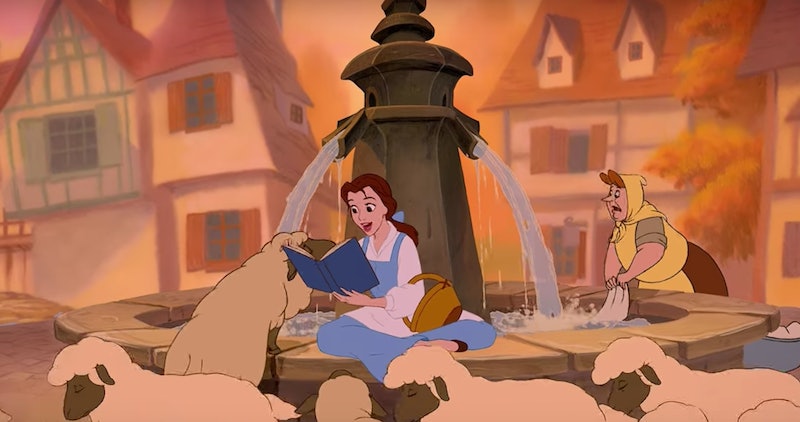 Experience a beloved Disney animated classic like you never have before with the Beauty and the Beast live concert and movie screening at the Hollywood Bowl. The 1991 Oscar-winning family movie will be screened with a full orchestra and choir performing the Grammy-winning score live. As the movie plays, it pauses at the musical numbers so that songs like "Be Our Guest" and "Gaston" can be performed by talented actors-vocalists from the screen and stage like Zooey Deschanel, Kelsey Grammer, Rebel Wilson, Taye Diggs, and Jane Krakowski. For fans of original film — and it's 2017 live-action reboot or the Broadway adaptation — this Beauty and the Beast live performance is a must see.

Deschanel has been tapped to sing as Belle (naturally), while Grammer will be taking over the role of the maître'd-turned-candelabra Lumière. Diggs will play the movie's handsome overly-masculine villain Gaston, while Wilson gets the chance to do a gender-bending performance as his sidekick LeFou. Krakowski will be singing Mrs. Potts’ number, the title song (originally performed by Angela Lansbury), in a star-turn that would have made her character on 30 Rock, Jenna, beyond delighted. Rounding out the cast is singer Anthony Evans (The Voice, Season 2) who will be performing "Evermore," a new number from the 2017 motion picture that was sung by the Beast (Dan Stevens).

Just seeing the movie in such a big venue with a full orchestra would be a treat, but the cast definitely is a big draw. Diggs, who has appeared on Broadway in the original cast of Rent and in the lead role of the ground-breaking rock opera Hedwig and the Angry Inch, spoke enthusiastically about the show in a statement. "I've been a fan of Beauty and the Beast both as a parent as well as a Disney animation supporter," Diggs said. "I've seen the Broadway production more than once and have harbored jealousy of every actor who has ever played Gaston every time I've been in that theater. I'm giddy with excitement at the opportunity to finally sing the role."

Gammer echoed his sentiment: "I love this film... Walking in the footsteps of such a brilliant cast is an honor; and as for singing the music of the incomparable Alan Menken — it goes without saying."

The Hollywood Bowl has a history of putting on these live concert-movie screening hybrids. In the past the venue has also hosted "live-to-film events" around La La Land and Willy Wonka and the Chocolate Factory. Another classic Menken-scored animated musical, The Little Mermaid, received the same treatment when pop singer (and Tony-nominated Waitress songstress) Sara Bareilles performed as Ariel, Glee's Darren Criss played Prince Eric, and Rebel Wilson took over as Ursula.

Though there are many great Disney musicals, Beauty and the Beast holds a special place in the Mouse company's history. It was nominated for a whopping six academy awards, and was the first animated film to ever be nominated for Best Picture. It was also the first Disney animated movie to be adapted into a Broadway show — a trend that has extended to the Lion King, Tarzan, Aladdin, and its newest addition Frozen.

The Beauty and the Beast concert takes place on Friday, May 25 and Saturday, May 26. In addition to the movie there will also be a family-friendly costume contest, so come dressed in character. A 16-year old pianist Emily Bear is also set to perform live-to-film with the 1948 Disney short "Bumble Boogie," and there will be other special surprise guests. Tickets will become available on Friday, March 16 on Ticketmaster at 10 a.m. Pacific Standard Time. It sounds like the closest a fan can come to pretending you're a part of Belle's provincial town.