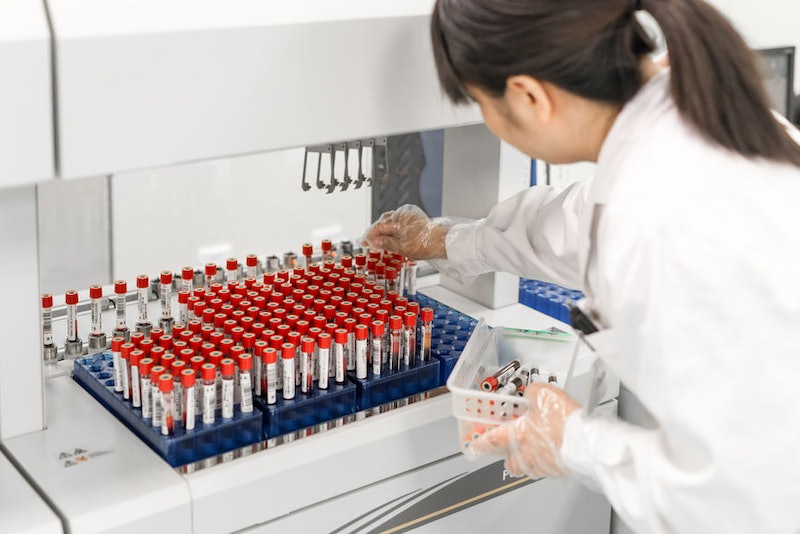 With significant and painful symptoms and the potential for a diagnosis to take years, endometriosis is a condition that requires a lot more research. Scientists from MDNA Life Sciences and the University of Oxford believe they have found the key to creating a blood test that can detect endometriosis. But the claims that it could accurately identify up to 90 percent of cases shouldn't be taken at face value, warn experts.

The condition — where cells, like the ones found in the womb lining, appear in places including the fallopian tubes and ovaries — is thought to affect around 1.5 million people in the UK, according to Endometriosis UK. Symptoms usually revolve around various types of pain such as pelvic pain, period pain, pain during or after sex, or pain when going to the toilet. The charity also reports that the average diagnosis can take seven-and-a-half-years with the only definitive method being an uncomfortable laparoscopy.

Clearly, anything that could reduce such time and stress would be welcomed with open arms. But is this blood test that could produce results within days really the solution? Well, the Mitomic Endometriosis Test hasn't actually been developed yet. Instead, a recent study has kickstarted its creation.

Published in the journal Biomarkers in Medicine, the study focused on biomarkers as a diagnostic tool. (These are anything biological that can be used to signify the presence of a disease.) Specifically, mitochondrial DNA mutations that are thought to be biomarkers for endometriosis were examined.

Blood samples were taken from 182 women preparing to undergo a laparoscopy for suspected endometriosis. According to researchers, analysis of these samples showed that biomarkers could recognise endometriosis in up to nine out of 10 cases — even when an individual was still in the early stages of the condition. These biomarkers "offer a promising and largely unexplored avenue in the pursuit of diagnostic markers for endometriosis that can be effectively translated to clinical application," wrote the study's authors.

Using their results, the team are now developing a blood test that could be available for use within the next nine months. At first, it is expected to require a private cost of £250, but there are hopes that the test will be available on the NHS in the future, reports Sky News.

However, some experts have expressed concern. Andrew Horne, professor of gynaecology and reproductive sciences at the University of Edinburgh, emphasised on Twitter that "this heavily publicised endometriosis diagnostic test study must be viewed with caution." He is sceptical of the small sample size used in the study, adding: "A bigger study with a wide range of demographics is needed to validate the findings."

"Although a non-surgical test for endometriosis is urgently needed, we should not offer false hopes to women who may have already suffered for many years."

Cox continued: "Women deserve an accurate and readily available test free via the NHS, when a test is developed. Women with the disease already face a financial burden due to loss of earnings and it's not fair to add to this by only offering pioneering treatment and diagnosis options to those who can afford to pay for it."

Only the next few months (or years) will tell if such a test really will be available to all the people who need it. Until then, let's not overhype something that requires plenty more evidence. That, after all, does little to help anyone.