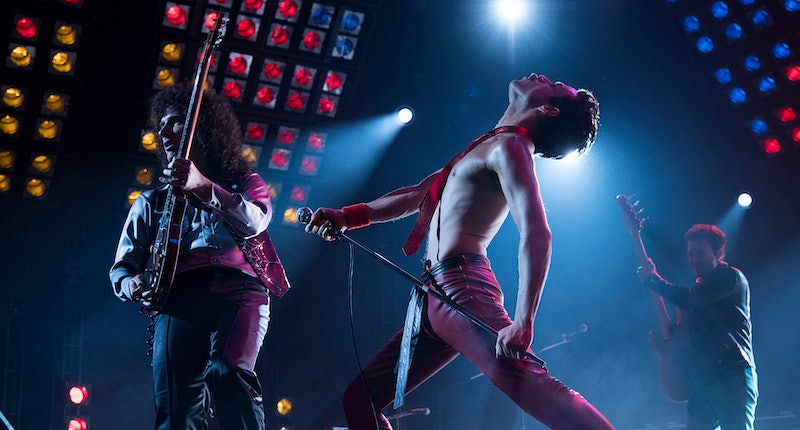 Rocketmania is sweeping the nation. Rocketman, which tells the story of the legendary Elton John, is the latest music biopic to steal the hearts of rock fanatics around the world, following Bohemian Rhapsody, which focused on the life of the late Freddie Mercury as portrayed by Rami Malek, who won an Oscar for his performance. And the two films could have had a lot more in common than they already do. A Bohemian Rhapsody and Rocketman crossover almost happened, as star Rami Malek could have made a cameo in Rocketman as Freddie Mercury, according to director Dexter Fletcher.

Fletcher confessed that he thought about having the two films connect in a new interview on on Tuesday, June 11. The idea isn’t so far-fetched, considering that Rocketman and Bohemian Rhapsody actually have many things in common, beyond being biopics of rock legends. Fletcher directed both movies, although he only finished BoRhap once the original director Bryan Singer was (rightfully) fired. Both films were named after one of their subject’s most well-known and use said subject’s music repertoire very heavily. Plus, both John and Mercury were part of the LGBTQ community, although the extent to which each film focuses on their sexuality varies.

But most importantly, both movies feature the character of John Reid, who managed both Queen and John at one point during their careers, and who would have been the connection between the two artists in Rocketman. In an even more ironic twist, both films casted a former Game Of Thrones actor to play Reid. Aidan Gillen played the manager in Bohemian Rhapsody, while Richard Madden took on the role in Rocketman, which was much more extensive since Reid was John’s real-life lover at one point as well.

Fletcher spoke about the possibility of including Malek as Mercury in Rocketman in an interview with Gay Star News, explaining that he had an idea of how to incorporate the star. “There was an idea I had at one point, where Elton’s in a restaurant with his mother. I thought John Reid and Freddie could be at another table and they wave at each other,” the director said. “That would have been amazing, [but] it didn’t come to pass.”

Ultimately, there was one strong reason why Fletcher decided not to include Mercury in the film, even if only for a brief second. “It would’ve been a little too knowing,” he remarked. "I’m not looking to set out to make a cinematic universe.” It’s too bad, because the idea of MCU, but with “music” replacing Marvel, has the potential to be iconic and reach a higher level of greatness than any comic book franchise.

And, if Fletcher were to helm another music biopic (and hopefully turn them into a true cinematic universe), it would be about the one and only Queen of Pop. “I’d do Madonna! That sounds like a real rollercoaster ride! It would be extraordinary,” he said to Gay Star News. However, he has some reservations about actually making that film happen. “I don’t know how happy she’d be about that… But what an extraordinary life that would be. If I was to tackle any other icon like that, it would be her. She’s extraordinary.”

He’s right to be worried. In April 2017, Universal Pictures announced that they were developing a Madonna biopic entitled Blond Ambition, and the star was not happy at all with the news. Perhaps if she had some creative input, as John did with Rocketman, she'd be more open to the idea, and the MCU (Music Cinematic Universe) could be a reality. I can dream, okay?