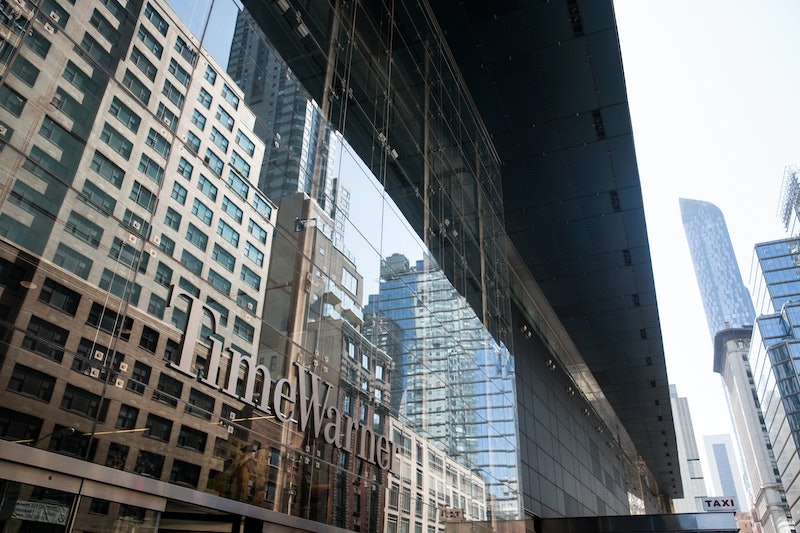 Late on Thursday night, a phoned-in bomb threat at CNN's New York offices forced an evacuation of the building as the New York Police Department investigated. According to a report from the outlet, alarm bells started ringing inside a little after 10:30 p.m. ET, after which employees began exiting onto the street outside.

The network's Manhattan offices are located in the Time Warner Center, between 8th and 9th Avenues. According to an NYPD tweet, police investigated Columbus Circle, located just east of the building. They also blocked off West 58th Street between 8th and 9th Avenues to pedestrian and vehicle traffic. A bomb squad stood by as police swept the building. Then, just before midnight, NYPD tweeted again to give the all clear, and reopened traffic at Columbus Circle.

"The NYPD has now given us the all clear, and employees have been permitted to return to the building," CNN Worldwide President Jeff Zucker told staff in a memo, according to the network. "The building is secure and safe for everyone to return in the morning."

The NYPD Midtown North precinct tweeted at 11:54 p.m. ET that the Time Warner Center was reopened after officers "completed a sweep of the building [and] deemed it safe."

According to NBC New York, the Time Warner Center received an unsubstantiated phone call claiming that five bombs were inside the building. Building security called NYPD at 10:07 p.m. ET, evacuated the offices, and conducted a preliminary search, but didn't find anything.

CNN's Don Lemon was taping his live show, CNN Tonight, when the alarms went off. The network took his show off air, and Lemon tweeted shortly before 11 p.m. to announce that his show was being replaced with taped programming. "We were told to evacuate the building and to do it as soon as possible. We grabbed what we could and got out of the building and now, we are standing outside of the building," Lemon told CNN.

The evacuation lasted around an hour and a half. Less than 20 minutes after NYPD gave the all clear, the CNN Twitter account appeared to be back to normal, tweeting about the Christmas tree lighting at the U.S. Capitol. As of the network's offices reopening, the White House had not yet made a statement, though other government officials commented on the evacuation. "Hoping everyone at CNN is safe and appreciative of first responders and law enforcement for what they are doing," Sen. Brian Schatz tweeted around 11 p.m. ET.

This is the second time in a few months that CNN has had to evacuate its offices due to the threat of an explosive device. On the morning of Oct. 24, a package addressed to former CIA Director John Brennan was found in the mailroom of the Time Warner Center. NYPD Commissioner James O'Neill confirmed that afternoon that the package contained "a live explosive device" — a pipe bomb.

Similar packages were sent to a number of prominent Democrats including Hillary Clinton, Barack Obama, and Eric Holder. Law enforcement intercepted all of the packages — none of which detonated — and no one was injured.