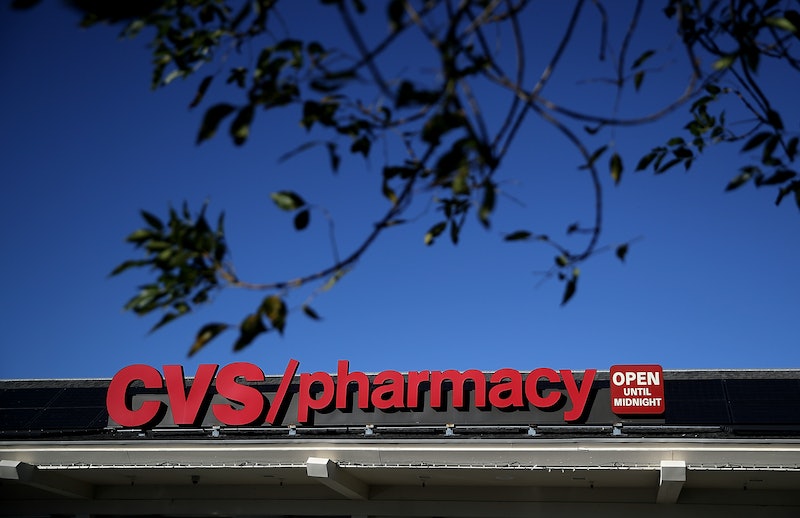 In April, a transgender woman was so excited to start hormone replacement therapy that she went directly from her doctor's office to a CVS pharmacy near her home in Arizona. When she got there — according to a blog she published with the American Civil Liberties Union — the pharmacist refused to fill her prescriptions. The woman, Hilde Hall, left the pharmacy, and filed a complaint with the corporation. After Hall and the ACLU went public months later, the company fired the Arizona pharmacist who refused to fill this transgender woman's prescription.

Hall described her interaction with the now-dismissed pharmacist in a blog post for the ALCU on Thursday. She said the pharmacist refused to give a reason for refusing to fill her prescriptions. "He just kept asking, loudly and in front of other CVS staff and customers, why I was given the prescriptions," Hall wrote.

On Friday, CVS announced the pharmacist was no longer with the company. "CVS Health extends its sincere apologies to Ms. Hall for her experience at our pharmacy in Fountain Hills, Arizona last spring," CVS said in a statement tweeted on Friday. "The conduct of the pharmacist, who is no longer employed by CVS, violated company policies and does not reflect our values or our commitment to inclusion, nondiscrimination and the delivery of outstanding patient care."

CVS said Hill's complaint was not addressed when it was originally filed because of "unintentional oversight," and called the experience an "isolated occurrence."

On Thursday, Hill said she also filed a complaint with the Arizona State Board of Pharmacy.

"Through training and written policies, the company needs to make it clear to their employees — especially their pharmacists — that transgender customers deserve respect," Hill wrote in her blog post for the ALCU, explaining the incident. "No healthcare worker should rely on personal beliefs to reject decisions made by doctors and their transgender patients about medically necessary care."

CVS spokesman Mike DeAngelis told The Arizona Republic that the pharmacist's actions violated company policy. However, it is legal for a pharmacist to refuse to fill prescriptions for religious and/or moral reasons in Arizona, according to The Arizona Republic. It's one of six states where the practice is legal, and the pharmacist are not legally required to transfer the patient to another pharmacist, according to the newspaper.

DeAngelis told the newspaper that pharmacists in the state must notify CVS in advance about any such religious and/or moral reasons so that the company can accommodate patients' needs.

However, the ACLU of Arizona argued the practice violates the Affordable Care Act's non-discrimination protections. Hall will not be suing CVS, according to The Arizona Republic. "Her real motivation here was to make sure people know this shouldn't happen to them and, if it does, they can take action. I think she's achieved that," ACLU of Arizona spokesperson Steve Kilar told the newspaper.