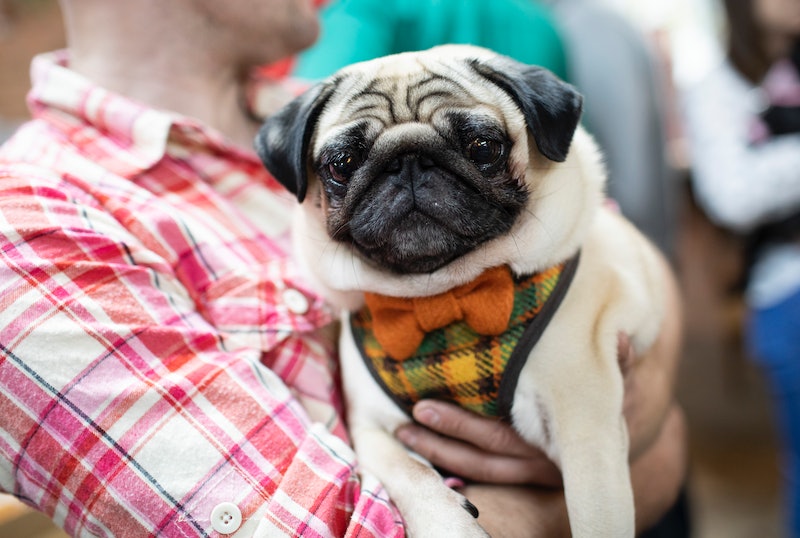 If you have ever visited a park or frequented some other canine-friendly establishment, you have likely noticed this universal truth: dogs and their owners tend to look alike, sometimes to an almost eerie degree. But what if I told you that those shared traits could transcend physical similarities, and that Fido’s personality could potentially take cues from your own? A new study (delightfully titled “Old Dog, New Tricks”) found that dogs are closer to humans than we think — a dog’s personality can change as they age, and their personality may actually share similar characteristics to their owner’s personality.

The study, published in the Journal of Research in Personality, assessed a sample of 1,681 dogs and their owners in a quest to better comprehend canine personalities. The dogs ranged from fresh-faced (a couple weeks old) to world-weary (15 years old), and included 50 different breeds. Understandably, this field of research is “relatively new,” as the study notes, and not a lot of past research has evaluated factors like how age may correlate to a dog’s disposition, how human personality may affect a dog’s nature, or how a dog’s personality may predict important health outcomes.

"When humans go through big changes in life, their personality traits can change. We found that this also happens with dogs — and to a surprisingly large degree," said William Chopik, Michigan State University professor of psychology and lead author, in a statement. "We expected the dogs' personalities to be fairly stable because they don't have wild lifestyle changes humans do, but they actually change a lot. We uncovered similarities to their owners, the optimal time for training and even a time in their lives that they can get more aggressive toward other animals."

Because dogs unfortunately can’t talk outside Dr. Dolittle movies, owners filled out surveys on their dog’s respective personalities and behavioral history, alongside a survey regarding their own temperament. The results indicated that, among other things, older dogs were less excitable and active relative to younger pups. The animals’ responsiveness to training was also highest among six to eight year old dogs, and aggression levels towards people as well as other animals were highest in this age group. Dog personality was linked with outcomes like biting history, chronic health issues, and how close the animal was to their owner.

"We found correlations in three main areas: age and personality, in human-to-dog personality similarities and in the influence a dog's personality has on the quality of its relationship with its owner," said Chopik. "Older dogs are much harder to train; we found that the 'sweet spot' for teaching a dog obedience is around the age of six, when it outgrows its excitable puppy stage but before it’s too set in its ways."

The study findings highlight just how much an owner’s relationship to their dog can affect the dog’s temperament, and the researchers say their next steps include weighing in on the nature versus nurture debate to see just how much a dog’s environment can alter their personality. Basically, though, nice people will probably beget nice, friendly dogs.

More like this
The Spiritual Meaning Of Angel Number 000, Explained
By Kristine Fellizar
The 5 Best Cat Trackers
By Megan Gray
10 Ways To Be More Empathetic To Your Partner
By Raven Ishak and Lexi Inks
Think Your Partner Is Cheating? These Tarot Cards May Confirm Your Suspicions
By Kristine Fellizar
Get Even More From Bustle — Sign Up For The Newsletter