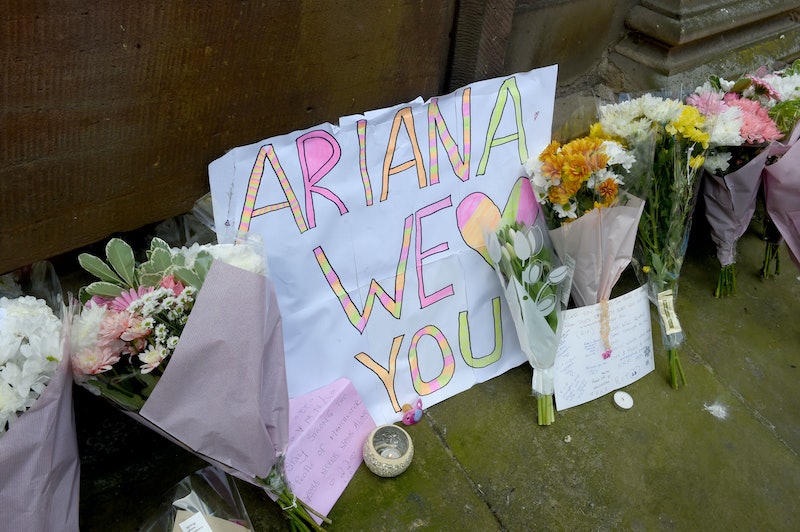 Since the horrific attack of an Ariana Grande concert at Manchester Arena in 2017 saw the tragic loss of 22 lives and many more injured, those involved have been attempting to put their lives back together. The incredible trauma experienced by attendees and the people of Manchester is immeasurable. But you know what else is immeasurable? The kindness shown by members of the general public and the emergency service personnel involved in helping victims that terrible night. So grab the tissues because last week a firefighter helped a survivor of the Manchester attack return to the Arena for a concert. Yes, the world is a truly beautiful place every now and then.

Aaron Parmar was working as a policeman the night of the attacks, and has subsequently trained to be a firefighter. He was inspired by the pain of people affected that night to take action and help raise money for them. He spoke to Buzzfeed news about his need to help others.

"It is quite apparent seeing [the families'] posts that they're still going through it. That inspired me to do something to let them all know, the families, that we're still thinking of them. I decided to do a 10K for each person," he said. "Once I get the medals at the end of the races, I'm getting their name engraved on that medal, then I'm going to give it to the families for keepsake".

It was at one of his runs that he met Amelia Mae Thompson who was injured in the attack. She had gone along to support him with the grandparents of Olivia Campbell-Hardy, who was killed during the attack. Her grandparents have set up Liv's Trust in her memory and Thompson is a junior ambassador for the charity. She had also supported Parmer's efforts in the past, retweeting his sponsor information and raising awareness of his good work.

"She'd been really supportive on Twitter — retweeting my stuff, trying to help me raise funds, shouting out to celebrities, trying to push it for me," Parmer told BuzzFeed.

It was actually via Twitter that Parmar learned Thompson was nervous ahead of returning to the arena for the first time to see a Shawn Mendes concert. He also found out that she had nobody to go with and was potentially going to go on her own. This is when he decided to step in and be a total hero. Seems to be a recurring theme with this lovely guy.

"I said, 'You're not going on your own'. She's 13, and it's hard enough for anyone to be going back, but a 13-year-old girl to be going to the arena on her own. ... It was important for me to do that, because she feels safe with me, because I'm a fireman. It's part of my job," he explained.

So he organised with Thompson's mum and the pair attended the gig together. She couldn't hide her excitement on her Twitter account and her gratefulness towards Parmar.

Thompson told BuzzFeed news why the event was so important to her. "It showed others that they can go back too, that if I can get through it then they can get through it too — to create some more positive memories and try to overcome the negative memories that I have from there," she said. "I was quite nervous and I did have a couple of wobbles, just because of the entrances we were going in and stuff. It meant a lot for Aaron to come with me because it shows how much support he gives".

Parmar still has three races to go, and you can still donate to his amazing endeavour here. Consider my heart well and truly warmed.