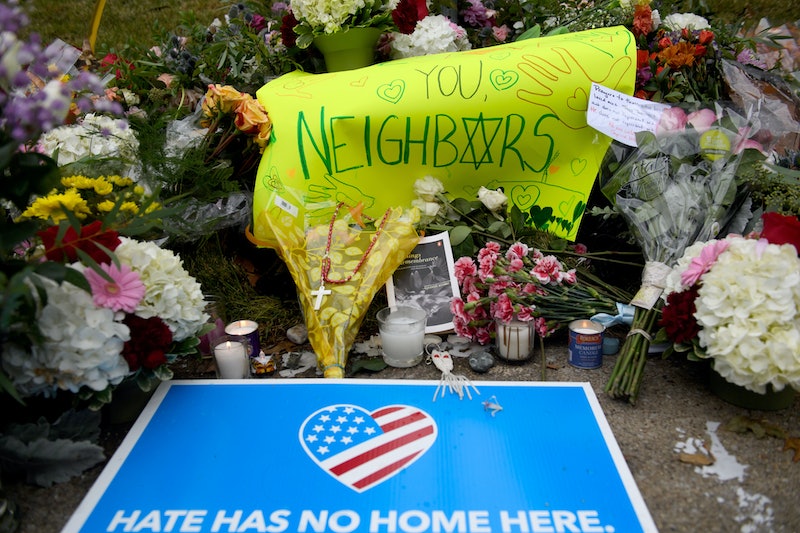 A horrific shooting killed 11 people and injured at least six others at a Jewish synagogue in Pittsburgh, Pennsylvania, on Saturday morning. In the aftermath of the attack, two Muslim groups crowdfunded nearly $150,000 for the Pittsburgh victims of the Tree of Life Or L’Simcha Congregation. The Muslim crowdfunding website LaunchGood began crowdfunding on Saturday.

According to LaunchGood, the objective of the funds would be directed at covering funeral expenses, medical bills, and more for the victims and their families. The crowdfunding campaign hit its initial goal of $25,000, just six hours after Muslim social entrepreneur and public speaker Tarek El Messidi launched the fundraiser.

The two Muslim groups to bolster efforts for gathering funds are Celebrate Mercy, which Messidi founded, and MPower Change. In Messidi's LaunchGood post for the Tree of Life victims, he wrote, "We wish to respond to evil with good, as our faith instructs us, and send a powerful message of compassion through action."

He added, "Our Prophet Muhammad, peace be upon him, said, 'Show mercy to those on earth, and the One in the Heavens will show mercy to you.' The Quran also teaches us to 'repel evil by that which is better' (41:34)."

Similar sentiment of compassion and solidarity was echoed by the executive director of the Islamic Center of Pittsburgh on Sunday. Amid Jewish and Muslim faith members, Wasi Mohamed said, "Because of these prophetic traditions, we decided to do something for our Jewish brothers and sisters. We realize that it's such a tragic time ... Money should not be an issue. That should not be a concern ... It's about mourning right now."

Protests where Muslims stood with Jews have taken place in other parts of the United States as well. Mohamed also mentioned the same LaunchGood post created by Messidi. At the time of his speaking, Muslim donors and others had raised over $70,000. The executive director highlighted the figure upon which the audience erupted in thunderous applause for the efforts.

"And this is sincere that we're not going to stop," Mohamed said. "We don't think that our work is finished because that's a high number. We just want to know what you need ... If it's people outside your next service protecting you, let us know. We'll be there."

The leader of the Islamic Center of Pittsburgh also said that the local Muslim organizers were ready to provide their presence for any member of the Jewish community who felt unsafe running everyday errands.

"If you just need somebody to come to the grocery store because you don't feel safe in the city," Mohamed said, "we'll be there. And I'm sure everybody in the room would say the same thing. We're here for the community."

The leader said that his community was simply reciprocating the kindness and generosity members of the Jewish community had shown him and other Muslims in the wake of the controversial 2016 American presidential election as well as the Sept. 11 attacks. "We're just repaying the favor," Mohamed said. "So thank you for that."