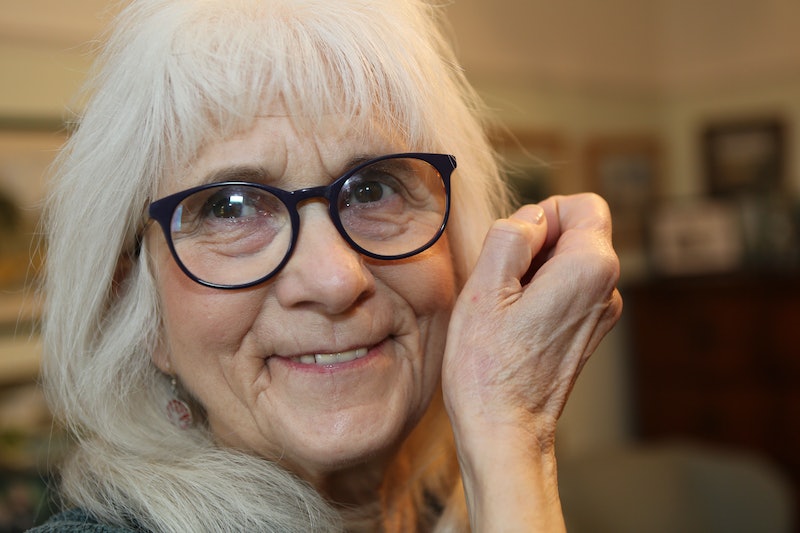 Researchers discovered a new genetic mutation that made a Scottish woman feel no pain her whole life, TIME reports. According to a case study published in the British Journal of Anaesthesia, Joanne Cameron, 71, has experienced cuts, burns, broken bones, childbirth, and even surgery without feeling any pain. What researchers discovered is that Cameron has a genetic mutation that decreases her pain perception, says TIME, and even makes her forget feeling pain and feel “incredibly happy.”

Not only does Cameron not feel pain, she also doesn’t feel afraid or anxious, BBC News reports. But she didn’t think much about what she wasn’t feeling, says BBC News. "You are what you are, until someone points it out, you don't question it,” Cameron told BBC News. “I was just a happy soul who didn't realise [sic] there was anything different about me."

Cameron’s body has been through a lot over the years, Gizmodo reports, like arthritis in her hip that she doesn’t feel despite the “severe degree of joint degeneration.” Cameron has also undergone dental surgery without anesthesia, experienced burns without noticing until she smelled her burning skin, and has eaten scotch bonnet chili peppers with no reaction except for what she described as a “‘pleasant glow’ in her mouth,” according to Gizmodo. Doctors finally referred her to the pain genetics teams at the University College London and the University of Oxford when she didn’t need painkillers after what should have been a painful hand surgery, TIME reports.

Those experts found that Cameron has a bunch of genetic mutations, says TIME, one of which is on the chromosome that codes for the enzyme FAAH. Cameron’s FAAH gene makes a modified version of that enzyme, which TIME says previous research has shown decreases pain perception. The doctors also found a genetic mutation near Cameron’s FAAH gene that they were able to confirm through blood tests, TIME reports. This confirmed that her genetic mutation was “translating into a biochemical defect which increases a brain chemical, due to which she does not feel pain, she is forgetful, and she is incredibly happy,” Dr. Devjit Srivastava, a consultant in anesthesia and pain medicine at Scotland’s Raigmore Hospital, told TIME.

The researchers hope to continue to explore this work so treatments for people who experience chronic pain and anxiety might be developed, Gizmodo reports. “It is really exciting to work with rare patients with pain insensitivity and to hopefully identify new analgesic drug targets as a consequence of that work,” study author James Cox, senior lecturer at the Wolfson Institute for Biomedical Research at the University College London, told Gizmodo.

But while feeling no pain and anxiety might sound cool, there is an important reason you feel those things. According to Johns Hopkins Medicine, “pain is an uncomfortable feeling that tells you something may be wrong,” so it’s like the body’s warning system. Cameron doesn’t have that warning system, which is why she didn’t know her own skin was burning until she smelled it — and that can be really dangerous.

“It would be nice to have warning when something's wrong,” Cameron told BBC News. “I didn't know my hip was gone until it was really gone; I physically couldn't walk with my arthritis."

Fortunately, Cameron has made it to the age of 71 without that warning system, and she’s using her condition to potentially help people who experience what she doesn’t. The researchers told BBC News these findings “point toward a novel painkiller discovery” that could help so many people across the globe, whether for post-surgical relief, wound-healing, chronic pain, or much more.