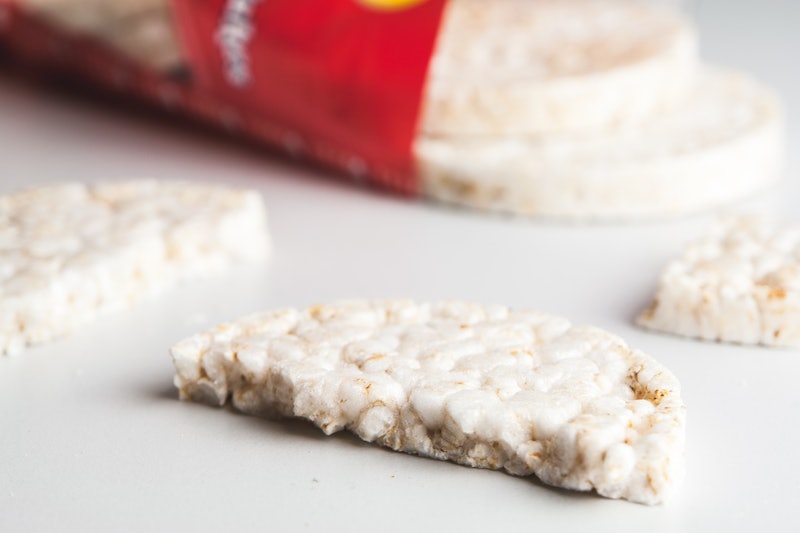 Walk into any grocery store and you will surely find a shelf devoted to gluten-free products. But I have some unfortunate news for anyone who typically eats gluten free: A new study suggests that maintaining a gluten-free diet correlates with raised levels of toxic metals such as arsenic and mercury. While this may sound scary, it's worth noting that both metals occur naturally in our environment; according to the FDA, they may be found in drinking water and foods such as juice, rice, and fish. Of course, that doesn’t mean our bodies are made to metabolize high levels of these metals without consequence, but those who avoid wheat, barley, and rye due to celiac disease don't need to freak out just yet either.

The popularity of the gluten-free diet among non-celiacs has been on the rise in recent years, touted as a healthier way to eat. Foods such as bread, pizza, and pasta, which contain the gluten protein, have gotten a bad rap. While celiac disease, an autoimmune response leading to severe discomfort triggered by gluten, is thought to affect only one percent of the population, the term "gluten sensitivity" is showing up more and more. Poor ol' gluten has been blamed for everything from bloating and depression to gas, acne, and brain fog. Celebrities such as Miley Cyrus, Lady Gaga, and Gwyneth Paltrow have all sworn by these diets as tools for improving health and weight loss.

One study found that between 2009 and 2014 the number of Americans adopting gluten-free diets without having a medical reason to do so has more than tripled, and a 2015 Gallup poll found that approximately one in five Americans have integrated gluten-free products into their diet. And of course, that's fine; whatever anyone eats is their own business, whether they've received a diagnosis that makes eating gluten free a necessity or whether they simply choose to forgo gluten because they feel better doing so. With the new study, published in the journal Epidemiology, though, we are starting to see some drawbacks to this restrictive way of eating.

At these rates, gluten-free diets could lead to some health issues, warn researchers. "With the increasing popularity of gluten-free diets, these findings may have important health implications, since the health effects of low-level arsenic and mercury exposure from food sources are uncertain but may increase the risk for cancer and other chronic diseases," noted study co-author Maria Argos. "Although we can only speculate, rice may be contributing to the observed higher concentrations of metal biomarkers among those on a gluten-free diet as the primary substitute grain in gluten-free products." Rice and rice flour, a common substitute in gluten-free cooking, can absorb toxic metals from the water, fertilizers, and soil it's grown in.

While Europe has regulations that monitor the level of arsenic in its food, the study points out that the United States has no such restrictions in place. Those on gluten-free diets can always try diversifying their wheat substitutes to avoid too much rice until further research can confirm or deny these possibly dangers.