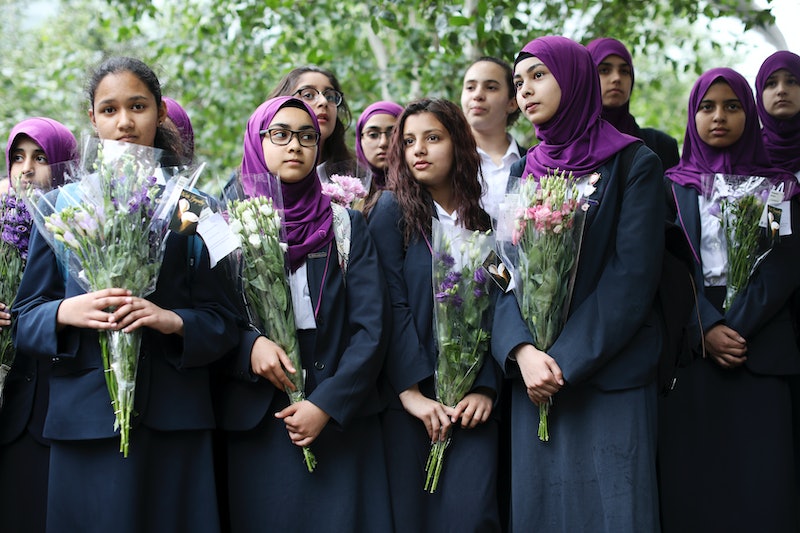 The Sunday attacks in London elicited a variety of responses from different politicians, but one stands out in the crowd. In a Facebook post published shortly after the London attack, Republican Rep. Clay Higgins claimed that the free world is at war with "Islamic horror," and called for the death of every "radicalized Islamic suspect."

"The free world…all of Christendom…is at war with Islamic horror," the Louisiana congressman and former police officer wrote. "Not one penny of American treasure should be granted to any nation who harbors these heathen animals. Not a single radicalized Islamic suspect should be granted any measure of quarter. Their intended entry to the American homeland should be summarily denied. Every conceivable measure should be engaged to hunt them down. Hunt them, identity them, and kill them. Kill them all. For the sake of all that is good and righteous. Kill them all."

A spokesperson for Higgins' told Mother Jones that the lawmaker "was referring to terrorists," and "advocating for hunting down and killing all of the terrorists." Higgins didn't use the word "terrorist" or any of its variants in his diatribe, however. In any event, Higgins' Facebook post is extraordinarily problematic for a couple of reasons.

First, he didn't call for the deaths of those who've perpetrated crimes; he called for the deaths of everybody suspected of carrying out crimes. By saying that "not a single radicalized Islamic suspect should be granted any measure of quarter," Higgins was advocating for extrajudicial assassinations, a violation of the Sixth Amendment to the U.S. Constitution.

Second, Higgins framed terrorism as a clash of religions — Christianity versus Islam — when, in fact, it's a clash between violent extremists and, well, everyone else. The vast majority of Muslims aren't terrorists, obviously, and the vast majority of terrorist attacks aren't committed by Muslims. Likewise, there are plenty of Christian terrorists who have carried out murders. And Christendom isn't the only thing (or even the primary thing) to which terrorism is a threat. It's a threat to the livelihoods of everybody, Christians and non-Christians alike.

Lastly, and related to the previous point, Higgins' comments read much more like a denunciation of Islam in general than a denunciation of Islamic terrorists in specific. Nowhere does the congressman mention terrorists or terrorism; instead, he decries the "Islamic horror" and "these heathen animals." That fits in with broader anti-Muslim stereotypes common on the right that Islamophobes are known to employ in their arguments.

To be sure, there's nothing wrong denouncing terrorism in the strongest possible terms, especially after an attack like the one in London. But that's not what Higgins did. Instead, he focused his anger on an entire religion at large, which is offensive, factually unwarranted, and not at all helpful in the fight against terrorism.