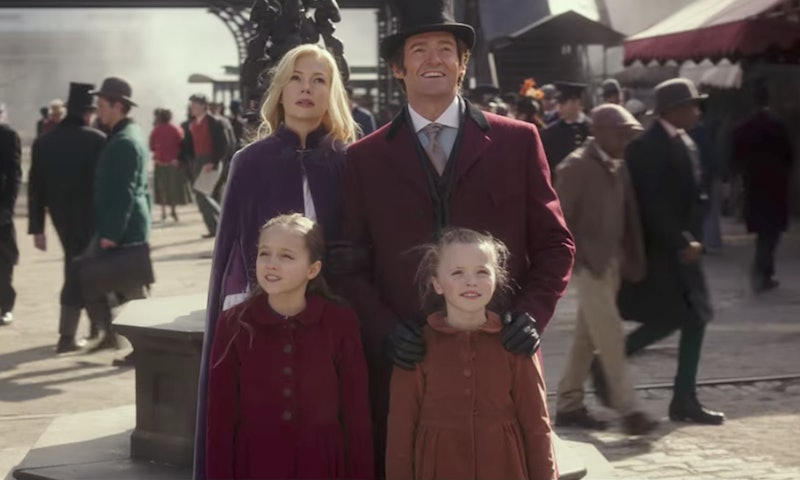 What do you have to do to convince a bunch of A-list musicians to run off and join the circus? Apparently, just offer them the chance to participate in a Greatest Showman all-star cover album and they'll be there with bells on. Variety reports that numerous artists such as Pink, Kelly Clarkson, and Sara Bareilles are in the process of creating brand new versions of the movie musical's beloved songs as part of an album titled The Greatest Showman — Reimagined, which is set to come out at some point in November.

According to the report, as well as a press release obtained by Bustle, one of the highlights fans can most look forward to is a collaboration on the Oscar-nominated “This is Me” between the movie's original singer, Keala Settle, who will be accompanied by Kesha and Missy Elliott. Meanwhile, Bareilles will take on her own version of Michelle Williams' “Tightrope," Clarkson will belt out “Never Enough," and iconic rock band Panic! at the Disco will tackle the opening number "The Greatest Show." When asked about their band's participation in the covers album, Panic! singer Brendan Urie revealed they couldn't have been more thrilled to be given the opportunity. "I heard [the song] and I was like, ‘This sounds like a Panic! song," Urie described to Variety. "You guys did a Panic! song better than I’ve ever done a Panic! song. So I would love to [be involved in the covers album].’”

Of course, these names are just the tip of the iceberg. There will be plenty of other musical renditions to enjoy throughout the reimagined score. In fact, Pink’s daughter, Willow, is set to make her record debut on the cover album by singing a reprise of “A Million Dreams.”

For those interested in knowing the full extent of the musicians involved, check out the full track list below:

And for those who have yet to see the movie, there's still plenty of time to check it out and fully immerse yourselves in the musical magic the film radiates. It'll be next to impossible to get the songs out of your head (not that you'd ever really want to, of course), and that's when The Greatest Showman — Reimagined will really come in handy. This is one musical that truly is the gift that keeps on giving.