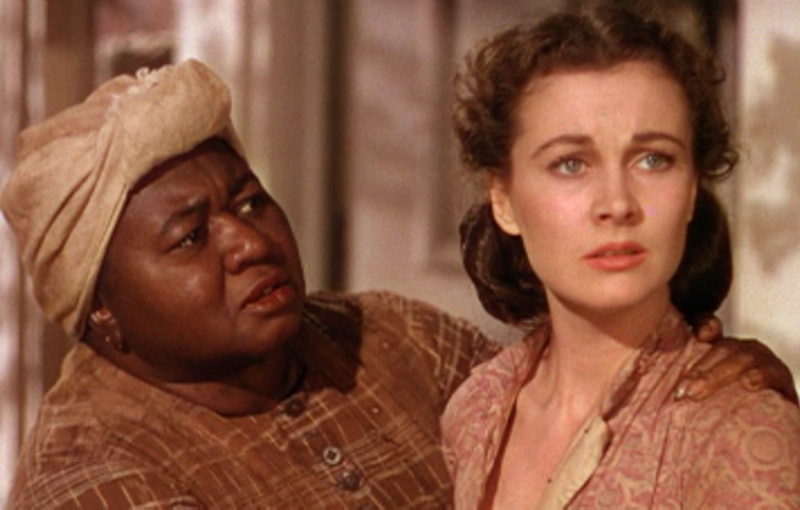 In 1940, Gone With The Wind won 10 Academy Awards, including a historic one for Hattie McDaniel, the first African-American actor to win an Oscar. Now there's a Hattie McDaniel biopic in the works that will tell her inspirational story. According to Variety, producers Alysia Allen and Aaron Magnani are developing a film based on Jill Watts’ 2005 book, Hattie McDaniel: Black Ambition, White Hollywood. The biography looks at how McDaniel went from playing Mammy in Gone With The Wind to becoming a pioneer who took a stereotypical domestic role and made it all her own.

Right now, it's unclear what the focus of McDaniel's biopic will be; the producers are in the process of hiring writers to adapt the book into a screenplay, according to The Hollywood Reporter. The book specifically looks at how McDaniel's performance should have changed the way Hollywood looked at Black actors and her career, but racism got in the way. But the thing is, there's a lot about McDaniel's life that deserves the big-screen treatment.

McDaniel was born in 1893, the daughter of freed slaves and the youngest of 13 kids. But her life was full of firsts: After getting her start in vaudeville in the 1920s, McDaniel became the first African-American woman on the radio. In 1931, she got her first small film role in Love Bound, and three years later got her first major on-screen role in the musical Judge Priest, where she sang a duet with Will Rogers and later starred with Shirley Temple in The Little Colonel. Twenty years after making her radio debut, she became the first Black woman to win an Oscar.

In Watts' book, she makes the case that McDaniel's portrayal of head slave Mammy was important because she wasn't just "the help," but was multi-dimensional. "McDaniel transformed her character into one who was loyal yet subversive, devoted yet bossy," Watts wrote. McDaniel's character, Watts claims, urged Hollywood to write more multidimensional roles for Black actors, but racism within the industry apparently made it hard for McDaniel to find roles that weren't old-fashioned.

As Biography pointed out, McDaniel and the other Black actors in the movie weren't allowed to attend the Gone With The Wind premiere in Georgia in 1939 because of the color of their skin. When McDaniel attended the Oscars in which she won for Best Supporting Actress, the awards show was at a segregated hotel in Los Angeles.

Even after winning her Oscar, McDaniel couldn't get roles that didn't have her playing a maid or a domestic worker. She took the roles she could get, but taking them led to criticism from those in the Black community who felt it was a step back for actors of color. "We all grew up with this image of her, the Mammy character, kind of cringing," Watts told The Hollywood Reporter in 2015, the 75th anniversary of her historic Oscar win. "But she saw herself in the old-fashioned sense as a 'race woman' — someone advancing the race."

After she was called out by the NAACP for playing "stereotypes," McDaniel wrote a letter inThe Hollywood Reporter in 1947 saying she would not apologize for the roles she played. She wrote:

"Several times I have persuaded the directors to omit dialect from modern pictures. They readily agreed to the suggestion. I have been told that I have kept alive the stereotype of the Negro servant in the minds of theatre-goers. I believe my critics think the public more naïve than it actually is."

According to The Hollywood Reporter, she would often say, "I'd rather play a maid then be a maid." McDaniel died in 1952 at the age of 57, having played only maids. But she still found a way to make these seemingly stereotypical roles her own.

McDaniel's story should have a happy Hollywood ending, but instead, she was a trailblazer, and like most trailblazers, she passed away before seeing the effect she had on today's culture. Still, this upcoming movie can show exactly why her story can't be forgotten.

Whether it's a sweeping look at her life or her road to her historic Oscar or the effect her win had on Hollywood, McDaniel's story is one that deserves to be seen on a big screen. And finally, it will be.