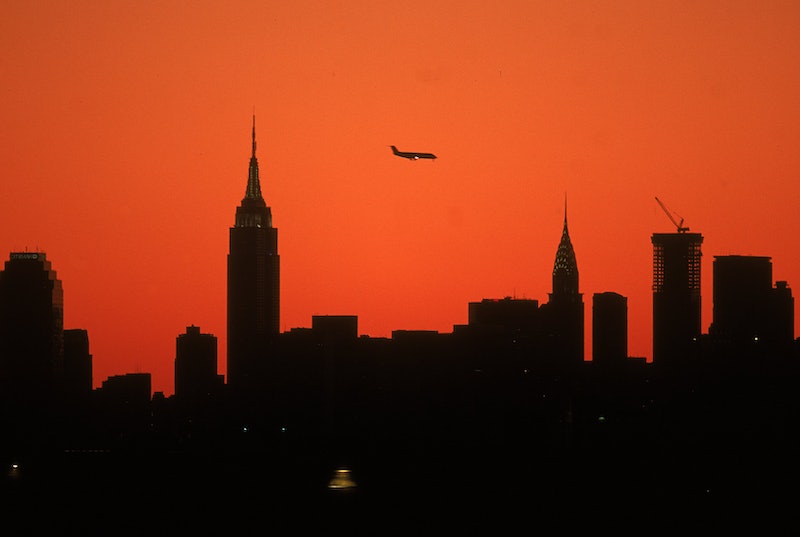 On Monday, police and fire department officials confirmed that a helicopter crash landed on a New York City building in Midtown Manhattan. According to officials, ABC News reported, the building was located on 7th Avenue and the pilot has died.

On social media, various photos and videos of the aftermath show the Midtown area in the Big Apple engulfed in smoke. According to the police, per ABC News, no one else was injured in the incident.

A fire that started due to the hard landing has since been extinguished, according to the New York Police Department. In their tweet, the NYPD urged, "Please avoid the area of West 51 St. and 7th Ave. due to an ongoing police investigation. Expect an emergency vehicles and traffic in the area."

The Federal Aviation Administration also noted to ABC News that the crash landing appeared to be an unfortunate accident and was not related to terrorist activity. New York Democratic Gov. Andrew Cuomo arrived at the scene on Monday and told CBS News that based on preliminary information from law enforcement authorities, the helicopter made a "forced, emergency" landing.

"If you're a New Yorker you have a level of PTSD from Sept. 11 ... so as soon as you hear an aircraft hit a building, I think my mind goes where every New Yorker's mind goes," Cuomo told CBS News. "But there's no indication that that is the case."

Law enforcement authorities told ABC News that the building is situated just blocks away from New York City's bustling and famous Times Square. The news network reported that people within the affected building said that they heard a noise from above before the crash landing took place.

One of the people in the building, Shauna Farrell, told the outlet that she was in a meeting when she heard commotion. At the time, Farrell said she was on the 36th floor when "a window fell through and we heard a loud whizzing sound of a motor."

The emergency crash followed after that, Farrell told ABC News. She said that she left the Midtown Manhattan building with her colleagues for safety purposes. "We ran down. I think we were the first floor to evacuate, actually, because we felt it so quickly," Farrell told the outlet. "There was already [the Fire Department of New York] on the scene. We were kind of just running away from the building as quickly as we could."

People outside of the building also witnessed smoke coming from its rooftop on Monday afternoon. One of those individuals, per CNN, Lance Koonce tweeted, "I looked up and saw sheet of flame on roof and then smoke. News reports saying helicopter [or] small plane crash onto roof which would be consistent with what I heard [and] saw."

On Monday, President Donald Trump tweeted about the incident. "I have been briefed on the helicopter crash in New York City," Trump said. "Phenomenal job by our GREAT First Responders who are currently on the scene. THANK YOU for all you do 24/7/365!"

"The Trump Administration stands ready," Trump added, "should you need anything at all."