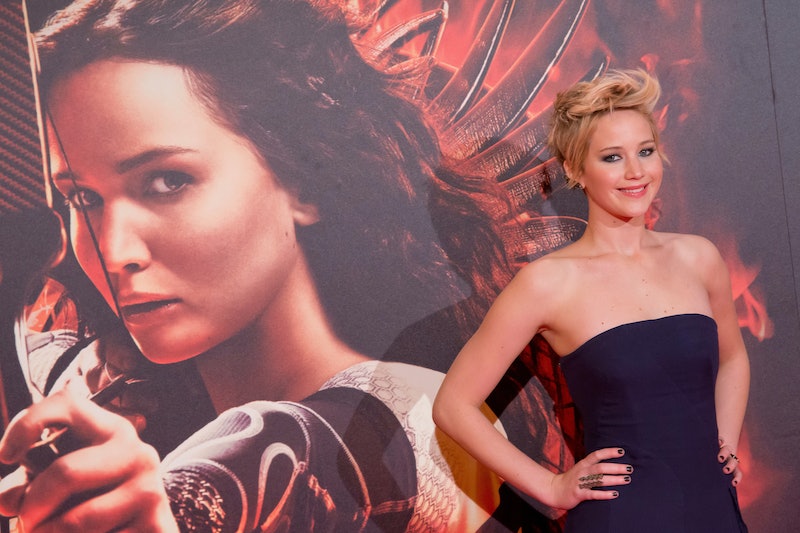 To the Hunger Games fans who have already reread the books and/or rewatched the movies multiple times while in self-quarantine, the odds are ever in our favor today. A Hunger Games prequel movie is officially in the works, as announced by production studio Lionsgate on Tuesday, April 21. And to make things even better, the film series' creative team is already back on board.

Francis Lawrence, who helmed Catching Fire and both Mockingjay films (as well as Lady Gaga's iconic "Bad Romance" video), will return to direct the new film, which will be an adaptation of the prequel novel written by original Hunger Games author Suzanne Collins. The Ballad of Songbirds and Snakes takes place 64 years before the original book trilogy, a decade after Panem's civil war, during a period referred to as the Dark Days. And instead of Katniss, the story will focus on Coriolanus Snow, better known to fans as the tyrannical President Snow, who is played by Donald Sutherland in the film series.

The upcoming novel will follow an 18-year-old Snow as he receives the opportunity to be a mentor for the 10th Annual Hunger Games, one that he thinks could turn his family's life around, but then recoils once he's assigned to train the female tribute from District 12 (sound familiar?). As seen in an excerpt from The Ballad of Songbirds and Snakes published by Entertainment Weekly, Snow will be shown in a totally new light: dashing, charming, and even... heroic? It's a far cry from the man he'll eventually become, but the growing fondness for his mentee shows that he did have a heart at one point.

Collins will write the treatment for the prequel film, with Michael Arndt, who penned the script for Catching Fire, set to handle the screenplay. Nina Jacobson, who has produced all of the films in the franchise, will return as well. No casting news has been announced, but given that Katniss and her crew wouldn't have even been born yet in the upcoming novel, don't expect appearances from the original cast.

“Lionsgate has always been the cinematic home of The Hunger Games, and I’m delighted to be returning to them with this new book,” Collins said in a statement, per The Wrap. “It’s such a pleasure to be reuniting with Nina, Francis, and Michael to adapt the novel to the screen, and having them share their remarkable talents, once again, with the world of Panem."

A release date for the film has not yet been set, but if you can't wait any longer to find out what happens, The Ballad of Songbirds and Snakes will be published on May 19. Start your literary theories now.