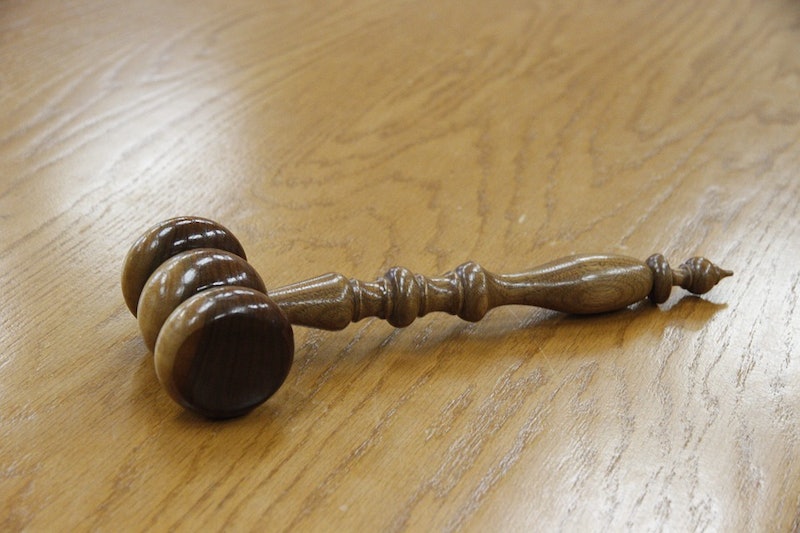 The cliché "A picture is worth a thousand words" should be replaced with "emojis are (sometimes) worth a thousand dollars" after a judge in Israel ruled against a couple for misleading their prospective landlord via text. Yikes! Due to a few emojis that communicated an intent to rent, the married couple's fate in court shows us the worst possible outcome of deciding to ghost someone.

So how exactly did couple Rosen and Nir Haim Saharoff walk away owing $2,200 in small claims court? When the couple was interested in renting, they reached out to the landlord to talk further. The landlord deduced from their previous conversations and emojis that they were going to move forward with renting the space, and took down the ad soliciting it as available. However, when the couple stopped responding to the landlord's messages, and that's when things got ugly.

The landlord Yaniv Dahan was so upset he filed a lawsuit in small claims court arguing that the emojis used misled him. How? Well, throughout conversation the following emojis were to blame: dancing lady, two people dancing, a chipmunk, a peace sign, a smiley face, and a champagne bottle. The couple later asserted that they were not impressed with the condition of the home, but the judge still ruled in Danan's favor. The series of emojis, while not altogether in one text, these all conveyed "a great sense of optimism" according to Judge Amir Weizebbluth.

Here is the official argument for ruling against the couple:

This is the place to refer once again to those graphic symbols (icons) sent by Defendant 2 to the Plaintiff. As stated, they do not, under the circumstances, indicate that the negotiations between the parties have matured into a binding agreement. However, the sent symbols support the conclusion that the defendants acted in bad faith. Indeed, this negotiation’s parties’ ways of expression may take on different forms, and today, in modern times, the use of the “emoji” icons may also have a meaning that indicates the good faith of the side to the negotiations. The [emoji laden] text message sent by Defendant 2 on June 5, 2016, was accompanied by quite a few symbols, as mentioned. These included a “smiley”, a bottle of champagne, dancing figures and more. These icons convey great optimism. Although this message did not constitute a binding contract between the parties, this message naturally led to the Plaintiff’s great reliance on the defendants’ desire to rent his apartment. As a result, the Plaintiff removed his online ad about renting his apartment. Even towards the end of the negotiations, in the same text messages sent at the end of July, Defendant 2 used “smiley” symbols. These symbols, which convey to the other side that everything is in order, were misleading, since at that time the defendants already had great doubts as to their desire to rent the apartment. The combination of these – the festive icons at the beginning of the negotiations, which created much reliance with the prosecutor, and those smileys at the end of the negotiations, which misled the Plaintiff to think the defendants were still interested in his apartment – support the conclusion that the defendants acted in bad faith in the negotiations. Even if I assume that the reason for the withdrawal from the negotiations was justified, the defendants should have notified the Plaintiff on 8 July, 2016 that they are not sure of their desire to rent the apartment, and that the Plaintiff should consider his steps accordingly. The defendants “dragged” the Plaintiff, “lulled” him, until he found himself close to the beginning of the lease period without having found a renter.”

So what does this mean for habitual ghost-ers or emoji lovers? Maybe nothing. Or that you have to be very careful with how you text or address a lack thereof. This case was decided in Israel, and while it doesn't mean much if you're in the U.S., it could. In the U.S. we've seen privacy cases in terms of text messaging be decided by the Supreme Court; we've also seen how the idea of a "contract" be as simple as writing it on a cocktail napkin (i.e., Steven Spielberg and Amy Irving).

In both instances, this was more about actual text than emoji. But as emojis become more popular and even political, deliberating how those emojis "communicate" or "convey" a certain message is just on the horizon from the looks of it. Think about it! The last landmark case in the U.S. that gets halfway there ruled in favor of an employee whose text messages were seized as evidence.

This was in 2009, but just imagine if they had a sophisticated emoji keyboard at their fingertips. This case was considered narrow, because the situation was arguably an unreasonable search and seizure, which violates the 14th Amendment. However, what if the 57 of the 450 text messages reviewed had only emojis? In this hypothetical case, and other real cases in the future, dealing directly with matters of intent will have to consider every part of the message, and that includes emojis!

Aside from interesting the case is, does no one else think this could've come in handy after your first, third, and seven hundredth actual love interest disappeared? I mean, small claims is a stretch, but it may be necessary in some cases.