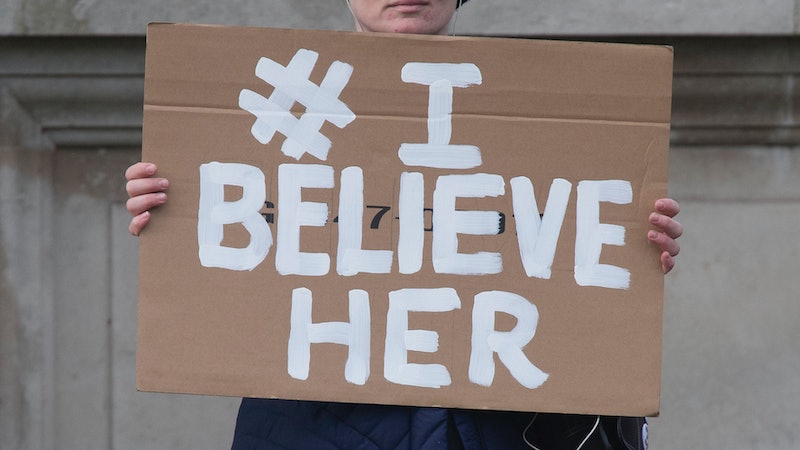 A case previously relegated to family court is causing an uproar after a New Jersey judge's comments about rape promoted leniency for the accused assailant, The New York Times reports. The judge, James Troiano, argued that the 16-year-old boy had a promising academic future and came from a good family, per the Times. The judge has since been chastised by an appeals court.

Troiano had previously denied a waiver that would have allowed the teenage boy, identified as G.M.C. in court documents, to be tried as an adult. The appeals court overturned that denial in the same decision in which it reprimanded Troiano's reasoning.

"Rather than focusing on whether the prosecutor's consideration of the statutory factors supported the application, the judge decided the case for himself," the panel wrote.

The Times reported that Troiano is a retired judge who sometimes steps in to fill vacancies left by other judges. In deciding whether or not to allow G.M.C. to be tried as adult, he reportedly argued that there was a difference between the scenario at hand and what he described as "the traditional case of rape."

"I still in my mind ... distinguish between a sexual assault and a rape," the judge had said, according to the appeals court's per curiam decision. "There have been some, not many, but some cases of sexual assault involving juveniles which in my mind absolutely were the traditional case of rape, all right, where there were generally two or more generally males involved, either at gunpoint or weapon, clearly manhandling a person into ... an area where ... there was nobody around, sometime in an abandon[ed] house, sometimes in an abandon[ed] shed, shack, and just simply taking advantage of the person as well as beating the person, threatening the person."

"This young man comes from a good family who put him into an excellent school where he was doing extremely well," the judge said. "He is clearly a candidate for not just college but probably for a good college. His scores for college entry were very high."

The details surrounding the alleged rape are gruesome. Prosecutors say that the boy led his victim, a fellow teenager, to a secluded basement where he recorded himself penetrating her from behind. He later sent the video clip to his friends, prosecutors say, making a joke about how he had forcibly taken the girl's virginity, according to local news outlet NJ 101.5.

“Filming a cell phone video while committing the assault was a deliberate act of debasement,” prosecutors argued, per HuffPost. “And, in the months that followed, he lied to [the victim] while simultaneously disseminating the video and unabashedly sharing the nature of his conduct therein.”

The appellate court's decision will allow the case against G.M.C. to be heard before a grand jury, according to The New York Times, and he will be treated as an adult.