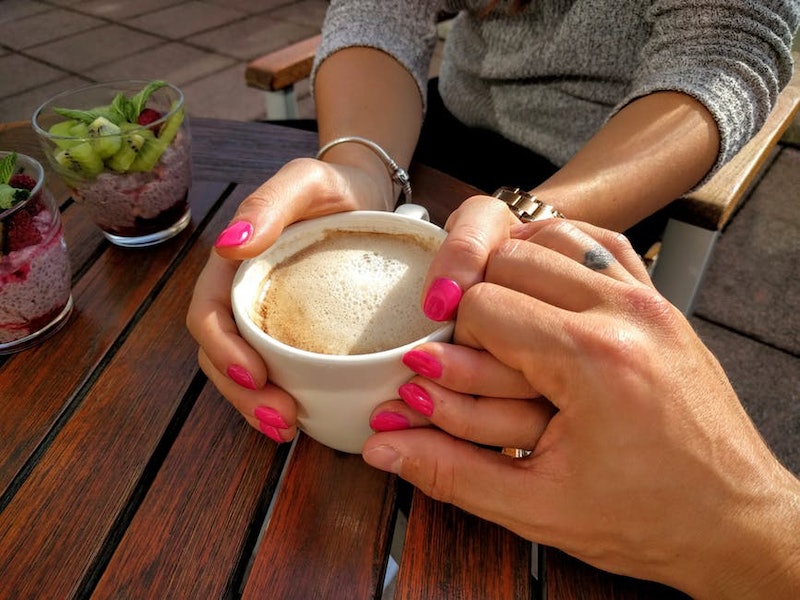 What do you do if a partner wants you to lose weight? How about if they want you to lose weight in order to get married? In a recent Reddit thread, one woman shared that her boyfriend refuses to propose until she “gets fit,” asking fellow Redditors, “Am I wrong to be offended?”

In her original post, a Reddit user with the name Toofat2wife wrote about a recent conversation she had with her boyfriend of five years. “I've been wondering about the next step of our relationship and I brought it up to my SO to talk about,” she writes, saying that she didn’t want to be “led on” if he isn’t interested in getting married or having children with her. She continues, “He replied that while yes, he wants both those things with me, he doesn't see himself proposing until I've become more fit.”

“My weight is something I've struggled with over the years since I was pretty much a teenager,” she explains, writing that both her weight and her boyfriend’s weight have fluctuated while they’ve been together. The fact that body image is something that’s perpetually been at the front of her mind makes her boyfriend’s comments a little harder to swallow. If weight has always been a sensitive topic for her, one would think that a significant other would pick up on that in five years of being together.

“I'm not upset that he wants me to be more fit, because I agree and it's something that I want as well,” she writes. “What I'm upset about is that he is using being fit as a condition of marriage.”

She clarifies that her boyfriend’s said he wouldn’t break up with her altogether if she weren’t to “get fit,” writing, “He says that he wants to spend his life with me and that he isn't going to break up with me but he really wants to see me more fit.” She concludes, “I don't want to make a bad decision by breaking up with him if I'm simply over reacting. He's my best friend and I really enjoy our life together.”

However, she voices valid concerns and poses a few legitimate questions: “I'm confused about how to feel because I know I need to get into better shape,” she states. “However, when (and if) he proposes I'll just forever be wondering if I've met his “standard*. What if I gain a few pounds back, what if I don't lose the weight right away post child birth? There is so many what if’s. He doesn't see the issue in using being fit as a condition of marriage.”

And perhaps, therein lies the problem.

Other users offered both advice and their own experiences with similar requests from current and former partners. “I was married to my soon to be ex for many years,” one Redditor wrote. “Throughout our marriage there was always a reason why he couldn't love me fully and connect.” They shared how their husband wanted them to change multiple aspects of their life over the course of their relationship: working more, losing weight, dressing “sexier.”

After their husband questioned their ambition in an arguably dismissive way (“His words were, ‘you grew up down here.’ Signaling his hand down at his knee. ‘You want to stay down here, and I want to be up here.’ ”), they asked for a divorce and he moved out a few months later. “I was the only one who could put an end to the perpetual cycle of goal posting he put me through,” they wrote. “I was never good enough.” That person offered words of hope to the woman who asked the initial question saying, “Everything has changed and yet, I am more me than I've ever been.”

Another user agreed that there is something inherently troubling about giving a partner an ultimatum. “He's telling her his love will always be conditional,” they wrote, “and that she's to blame if he withholds it from her because she's not good enough. It's fine to want your partner to get in better shape! It's wrong to hold it over their head as a condition of fully loving them.”

One person wrote, “If I give him the benefit of the doubt, then he's horribly misguided and you should sit him down and talk to him. If I don't, then he's using this as an excuse to string you along on the marriage question. You need to figure out which it is.”

With perhaps the most concise piece of advice on person wrote, “Work on your fitness so you can run away from him.”

So, is there a right thing to do? In interview with Glamour last year regarding a similar question, LMFT Esther Boykin said, “An appropriate response to their request is to take it seriously but also make it clear that any change to your weight or any other part of your body starts and ends with your preferences, not theirs.”

Ultimatums are usually relationship red flags. Most of the time, trying to change a partner is naive at best and manipulative at worse. And, TBH, “Will you marry me...after you get fit?” doesn't really have a great ring to it.