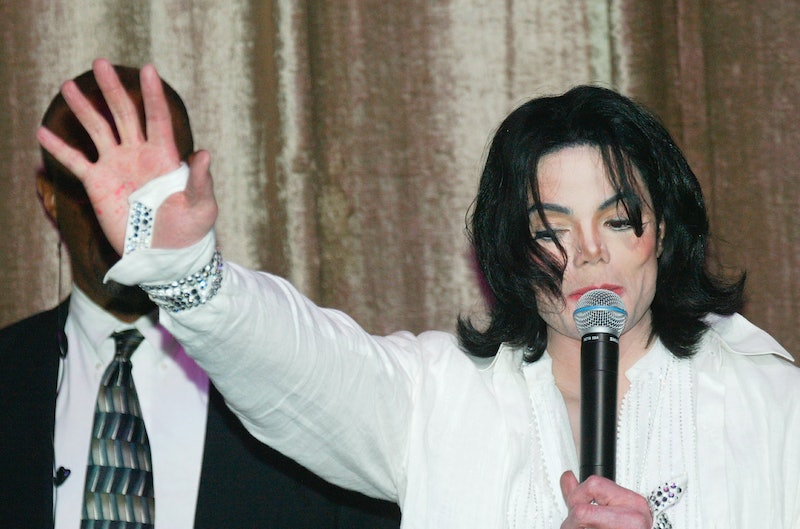 This year's lineup for the Sundance Film Festival includes a documentary about Michael Jackson's alleged sexual abuse of young boys that is already stirring controversy. Leaving Neverland focuses on two of Jackson's alleged victims, now in their 30s, telling their stories of alleged abuse at the hands of the pop star and "how they came to terms with it years later,” according to the film's synopsis. Before the film makes its festival premiere, the representatives of Jackson's estate are already denouncing it.

In a one-line statement to Variety on Wednesday (Jan. 9), representatives for the Jackson estate wrote that the documentary, which will premiere at Sundance in January and is expected to air on HBO in the spring, per BuzzFeed, "is yet another lurid production in an outrageous and pathetic attempt to exploit and cash in on Michael Jackson.”

Leaving Neverland is a reference to Jackson's Neverland Ranch in California where the pop star lived from 1988 to 2003, when it was raided by law enforcement after Jackson was accused of molestation by a 13-year-old boy who appeared in the 2003 British documentary Living With Michael Jackson. Jackson was accused of molestation, plying minors with liquor, and conspiracy connected to an alleged attempt to hold his accuser and the boy's family hostage in Neverland Ranch, and was charged with 14 criminal counts. Two years later, in 2005, Jackson was acquitted by a jury in California on all charges.

Even before this trial, though, allegations of molestation had already dogged Jackson for years. In 1993, he was investigated for molestation charges brought against him by a different 13-year-old boy.

The documentary will specifically take a closer look at Jackson's "long-running relationships with two boys, aged 7 and 10, and their families," according to the film’s synopsis, "through gut-wrenching interviews with the now-adult men and their families."

As of now, the identities of the accusers in Leaving Neverland, which totals nearly four hours and will be shown in two parts at Sundance, have not been confirmed by the filmmakers. As Rolling Stone pointed out, though, the production company, Amos Pictures' website features a photo of choreographer Wade Robson, who in 2013 sued Jackson for allegedly sexually abusing him for nearly a decade.

According to People, Robson said he first met Jackson after winning a competition in Australia put on by Jackson's production company MJJ Productions when he was five years old. Two years later, Robson, along with his family, was invited to stay at Neverland Ranch where he slept in Jackson’s bed. It's then he claims he was first sexually abused by Jackson.

Robson's case against Jackson's companies MJJ Productions and MJJ Ventures, which he said in an amended complaint to his 2013 lawsuit were operations “specifically designed to locate, attract, lure and seduce child sexual abuse victims," was thrown out in 2017. The court ruled that the companies were not liable for Jackson's alleged misconduct. “No one other than Michael Jackson had the legal ability or authority to control Michael Jackson," the court stated, as reported by People.

Following the decision, an attorney for Jackson’s estate, Howard Weitzman, told People that he was happy with the court's decision to dismiss Robson's case. He claimed that Robson was "always about the money rather than a search for the truth.”

Leaving Neverland director and producer Dan Reed — who previously directed HBO's Terror, the war documentary The Valley, and the documentary The Paedophile Hunter — has not yet released a statement regarding the Jackson estate's comments on his film. (Bustle reached out to Reed's reps for comment.)

However, he will take part in a Q&A following the screening that could leave audiences and fans with more answers — and possibly more questions. Leaving Neverland will premiere at the 2019 Sundance Film Festival, which begins Jan. 24, and does not yet have an official air date.