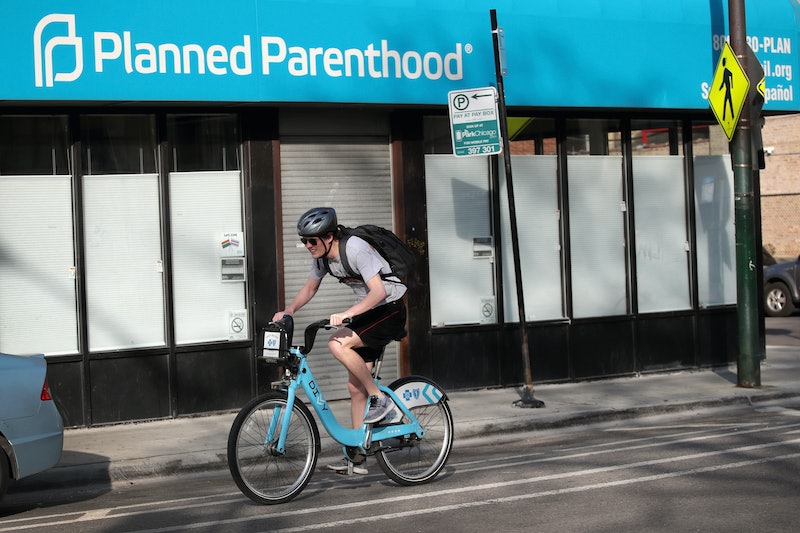 According to court records obtained by a local newspaper, a Missouri Planned Parenthood can't resume abortions after a judge ruled in favor of restrictive laws. Per The Columbia Missourian, Judge Brian Wimes ruled on Friday that the clinic will continue to be unable to perform abortions until it meets a specific state requirement: that the clinic has a physician with admitting privileges at a nearby hospital. As a result of this ruling, Missouri will only have one abortion clinic (in St. Louis) for the indefinite future, according to NPR.

The Columbia clinic stopped providing abortions last October, because it was unable to meet the requirement explained above. According to The Guardian, the clinic then filed a motion in December, asking to be exempt from that requirement and arguing that the ruling posed an "undue burden" for women seeking an abortion in the area. Wimes disagreed.

Per The Columbia Missourian, Wime's ruling reads in part,

The record does not include evidence of the other relevant burdens associated with (admitting privileges). In particular, (Planned Parenthood did) not present evidence of attempts to find physicians with hospital privileges willing to provide abortion services at the Columbia Facility, or evidence of fewer doctors, longer wait times, and increased crowding at (the clinic in St. Louis that provides abortions).

“Finally,” Wimes concluded, “the record does not provide a basis in evidence to approximate the number of women who will forego or postpone surgical abortion incidental to the inoperability of the Columbia Facility.”

A quick search on Google maps reveals the distance between St. Louis and Columbia, Missouri to be approximately two hours, without traffic. What's more, there's a massive portion of the state that is located even farther from St. Louis than Columbia is, which means that some women might be traveling hours and hours to access an abortion clinic. Per NPR, there were five working abortion clinics in Missouri in 2008; in the last 11 years, all but one have shut down or been prevented from performing abortions.

You might be wondering how a clinic's inability to employ a physician with admitting privileges risks the health of the women obtaining care. Planned Parenthood Great Plains spokeswoman Emily Miller explained the situation to NPR in October.

The idea behind that restriction is that it somehow makes patients safer if they experience complications from the abortion. But in reality, abortion is already incredibly safe, and a patient's ability to access help at the hospital is the same, whether or not the provider has admitting privileges.

The battle over abortion access between the Columbia Planned Parenthood clinic and the state of Missouri has been ongoing since 2015, following the creation of a Senate Interim Committee on the Sanctity of Life investigation by MU Healthcare. Since then, the Columbia clinic, along with other clinics in the state, have faced a number of obstacles that have prevented it from providing consistent access to abortion procedures for women. You can read the full timeline of the legal battles between the state of Missouri and Planned Parenthood here, via The Columbia Missourian.