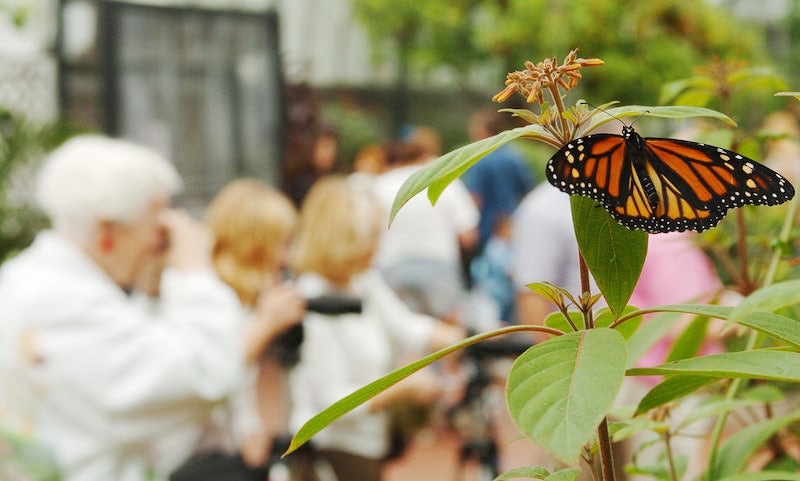 It appears that another Donald Trump voter is upset that the president is actually moving forward with a campaign promise. In an as-told-to story with The Washington Post, a butterfly sanctuary worker and Trump voter is upset that the border wall will go through the National Butterfly Center in Mission, Texas. Nature photographer and educator Luciano Guerra wrote the almost-1,000 word op-ed in which he stated that protecting private property like his employer, the National Butterfly Center, is critical as talks about the border wall escalate.

Guerra said that the center's work helps teach children "create a home" for all animals, plants and bugs, but the proposed border wall will cut right through the 100-acre refuge. "We dread the destruction that will come when the bulldozers arrive, which could be as early as February," Guerra wrote in the Post. "That loud, heavy machinery will cause irreparable damage to the habitat we’ve worked so hard to restore."

Experts warned that infrastructure along the border wall would be under threat if Trump became president. Trump repeatedly talked about how he would build a wall, and as he put it in his speech announcing his candidacy for president in June 2015, "have Mexico pay for that wall."

But it didn't deter Guerra, a self-declared "lifelong Republican" who voted for Trump in November 2016. "I want our immigration laws to be enforced, and I don’t want open borders. But Mission is not a dangerous place. I’ve lived here all my life," he told The Washington Post.

When asked if he paid attention to Trump's repeated campaign promises about a border wall, Guerra said it didn't seem possible. "I didn’t take the idea seriously during the campaign. I knew he couldn’t get Mexico to pay it — that’d be like asking Hurricane Harvey to foot the bill for rebuilding Houston — and thought it was just talk: another candidate making big promises he couldn't keep," Guerra said. "I never thought it would actually happen."

Instead, Guerra said, he's seen the Republican Party abandon "conservative principles" in the process of building a wall on the southern border. "The wall is expected to cost between $8 billion and $67 billion to build, and its rushed construction requires the waiver of 28 federal laws meant to protect clean air and water, wildlife habitat and historical artifacts," he said, adding that he was surprised that he agreed with California Democratic Minority House Leader Nancy Pelosi's assessment of the wall: "immoral, ineffective, and expensive."

Guerra said Trump's belief about the border are devoid of reality. "When the president says there’s a crisis at the border that requires an action as drastic as building a massive concrete wall, he either knows that it’s not true or he’s living in an alternate reality," he told the newspaper.

Guerra said he won't vote for Trump if he runs for a second term (Trump filed for re-election on his inauguration day). But he still wanted to more. "I worry that, if it goes up, their only experience of the Rio Grande Valley’s natural beauty will be through the photographs that I take today," he said.

To that end, Guerra helped organization a four-mile march to a historic church that the wall's path could block, and helped lobby for an anti-wall city resolution in Mission. "Most of the people I worked alongside were anti-Trump from the start. I mostly kept quiet about my party affiliation and my vote in 2016," he said.