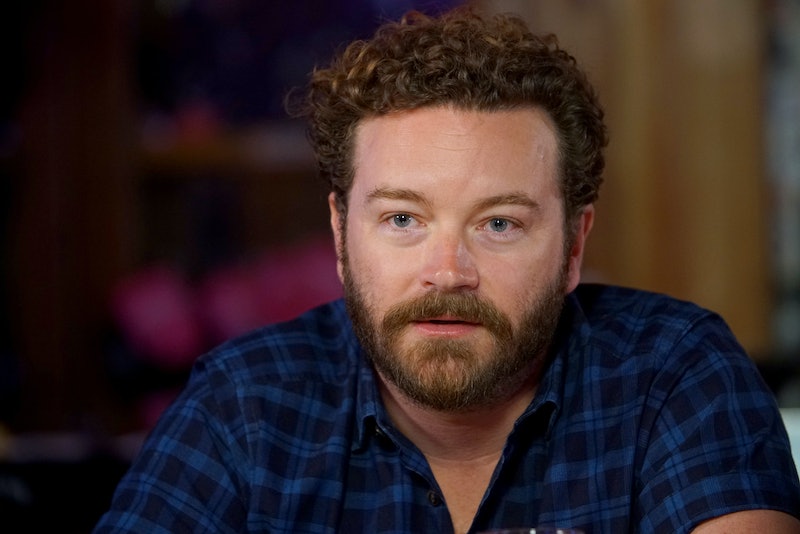 On October 17, Netflix announced that the fourth season of The Ranch would premiere despite an open investigation into the show's star Danny Masterson for alleged sexual assault by the Los Angeles Police Department and the Los Angeles District Attorney's Office. On Monday, the Huffington Post reported that a Netflix executive told one of Masterson's accusers that the company doesn't believe the four women who have accused the actor of rape. Netflix has since denied that this reported statement represents the company.

UPDATE: According to The Hollywood Reporter on Wednesday, Dec. 13, the Netflix executive has reportedly been fired from the company. "Mr. Yeatman is no longer employed at Netflix," said a spokesperson to Bustle. Yeatman declined to comment on the story, and a representative for him could not be reached.

EARLIER: The unnamed woman reportedly approached the executive on the sidelines of a children's soccer game in Los Angeles, and asked if he worked for Netflix. The executive, who was reportedly unaware the woman was one of the four accusers, responded affirmatively. When asked about the company's inaction pending Masterson's investigation, he reportedly told her that while Netflix takes sexual assault allegations seriously he said "we don't believe them" about the four accusers.

Netflix confirmed the executive to be Andy Yeatman, director of global kids content, and issued the following statement to The Huffington Post:

While he was coaching a youth soccer match today, Mr. Yeatman ― a Netflix kids’ programming executive ― was approached by a stranger who did not identify herself or explain her connection to Danny Masterson. Mr. Yeatman’s comments were careless, uninformed and do not represent the views of the company. Further, he would have no insights into decision making on The Ranch. We are aware of the allegations against Danny Masterson and we are following the current investigation, and will respond if developments occur.

Bustle has reached out to Netflix for additional comment and for comment on Yeatman's behalf, but did not receive a response at the time of publication. Bustle has also reached out to a rep and a lawyer for Masterson regarding the new report and the allegations against him, but has not yet received a response. Masterson has previously denied allegations of sexual assault against him.

Some have pointed out that the company's seemingly inaction regarding the investigation into Masterson's alleged behavior is hypocritical. When Kevin Spacey was accused of sexual misconduct by multiple men, including Netflix employees, the company cut ties with the actor. (Spacey has not commented on any of the allegations made by Netflix employees, and his former publicist told Variety in a statement that he was seeking unspecified evaluation and treatment.) In light of allegations of inappropriate sexual behavior made by Louis C.K. (reports that C.K. confirmed in a statement in the New York Times), the company canceled production for a stand-up special with the comedian. However, the streaming service hasn't announced any plans to nix The Ranch or drop Masterson.

The allegations against Masterson have been public record since March 2016. According to the Huffington Post, journalist Tony Ortega revealed the investigation when he published documents on his blog titled "The Underground Bunker" that revealed the LAPD had reopened the Masterson case. Three of the four women who have accused Masterson of sexual assault were reportedly also members of the Church of Scientology.

According to the Huffington Post, one of the women alleged that the actor raped her in the early 2000s, and claimed to law enforcement that Masterson spiked her drinks and she blacked out during the alleged rape, after which she woke up and struggled with him. "We are aware also that approximately 14 years ago, a woman referred to in the blog made allegations of sexual assault and that the LADP interviewed numerous witnesses and determined the claim had no merit," Masterson's representative told E! News in March.

The alleged victim who approached Yeatman, the Netflix executive, reportedly filed a police report against Masterson in 2004, per the Huffington Post. The Church of Scientology reportedly submitted over 50 affidavits denying her claims and the case was dismissed. It was reopened in January. In November, the production company told the HuffPo: "We are aware of the allegations and the subsequent investigation, and will respond if developments occur".

The woman reportedly decided to confront Yeatman after hearing from her husband that he worked for Netflix. Yeatman is a youth soccer coach, and her husband is, as well. She told the Huffington Post that she was "frustrated" by Netflix's silence, and hoped Yeatman could provide some sort of direction. She wasn't initially intending to reveal herself as one of the alleged victims, but the executive's response inspired her to do so.

Yeatman also reportedly tried to revisit the subject, perhaps in an attempt to clear up the exchange. He reportedly told her that he hadn't known she was one of the alleged victims, and that he had no jurisdiction in Netflix's casting for The Ranch. The woman said she responded by saying, “Netflix is going to regret this, this is a mistake, they’re going to see.” She alleges that Yeatman responded by saying, "we'll see" in a condescending manner, but Netflix denies that he said this.