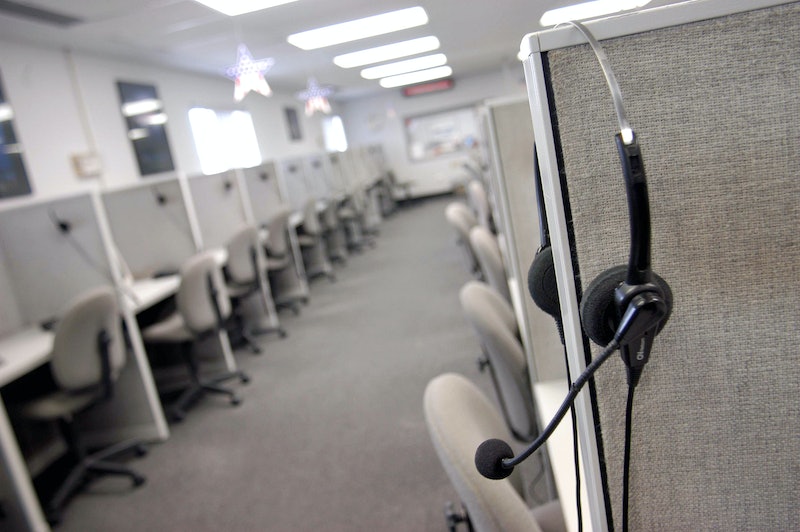 This week, the Federal Communications Commission (FCC) took another step to crack down on robocalls. According to USA Today, the new FCC robocall rule issued on Thursday allows phone carriers to block robocalls before they ever actually make it to consumers' phones.

Wireless carriers like Verizon and AT&T are now permitted to automatically enable robocall-blocking technologies that would identify unwanted calls through a combination of algorithms and network scanning, per CNN, similar to how email platforms identify spam. According to The Verge, consumers previously had to opt in to call-blocking services.

The FCC's decision on the latest robocall rule was unanimous, per The Verge, making it one of the few issues on which FCC commissioners completely agree. FCC Chairman Ajit Pai proposed the robocall-blocking rule just last month, arguing that it would be "a big benefit for consumers who are sick and tired of robocalls.”

Citing software company YouMail, Politico reported that nearly 48 billion robocalls were made in the United States just last year, using techniques ranging from "spoofed" numbers to outright scams. As a result, the FCC took just took two weeks to vote in favor of Pai's proposed rule, despite backlash from some businesses who expressed concern that such a rule would make it more difficult for them to reach consumers. Financial institutions like banks and credit unions are also worried that they won't necessarily be able to contact customers in the event of fraud, Politico reported.

“This FCC will stand with American consumers, not with those who are badgering them with these unwanted robocalls,” Pai said Thursday in response to criticism from business trade companies.

Pai also told reporters that he expects wireless carriers to make their robocall-blocking services free for consumers, though the FCC did not include any such requirement in its ruling. The new rule does not make it mandatory for wireless carriers to enable robocall-blocking by default, nor does it require them to do so for free, as The Verge pointed out. Instead, it will make it easier for carriers to automatically enable these services — but only if they choose to do so.

According to Bloomberg, the FCC's two Democratic commissioners expect wireless carriers to provide robocall solutions to consumers at no additional cost, with Commissioner Jessica Rosenworcel arguing that the FCC should not "pat itself on the back for its efforts to reduce robocalls and then tell consumers to pay up."

The FCC isn't the only reason that robocalls are currently in the national spotlight. Last month, the Senate voted 97 to 1 in favor of a bill that would raise the fines imposed on robocallers by the FCC. The bipartisan bill, known as the TRACED Act, would also require wireless carriers to identify spam calls to their customers and extend the statue on limitations for the prosecution of robocallers, The Verge reported.

It is not yet clear how well the FCC's new rule will work to block spam calls while making sure customers still hear from their banks and pharmacies, CNET reported, but the FCC hopes that the rule will curb phone scams and similarly fraudulent attempts to access consumer data.