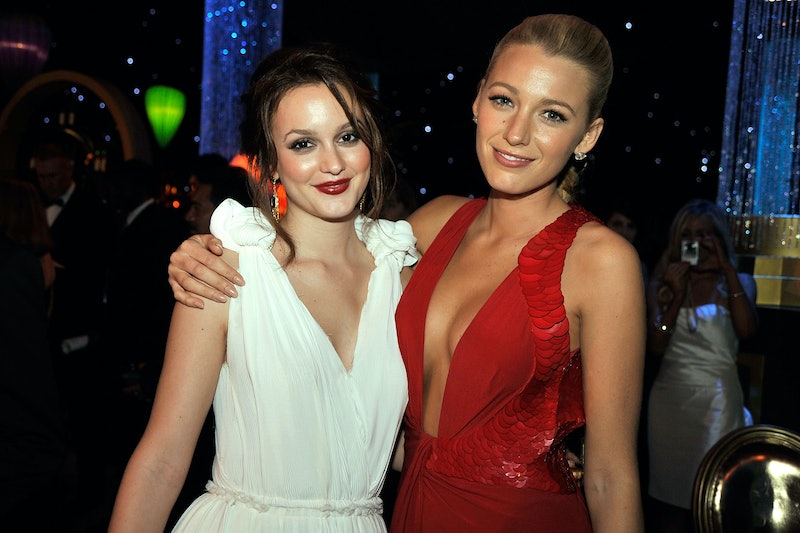 Hey Upper East Siders, get ready for the biggest scoop of the year. According to The Hollywood Reporter, a new Gossip Girl series is in the works, and will be returning to a TV near you. The series will be available on HBO Max and has already been granted a 10-episode, straight-to-series order by the streaming service. So get ready to dive back into all the drama, intrigue, and fashion the original series was always known for.

Joshua Safran, who served as showrunner for the original series during its later seasons, will write and executive produce this new iteration of the franchise, while series creators Josh Schwartz and Stephanie Savage have also signed on as executive producers. As of now, there's no details regarding the plot of the new series or whether any of the original characters will make special appearances, however, Safran is eager to once again immerse fans into the lives of the rich and elite.

"It's something we've been talking about — Josh, Stephanie and I — for a little bit, just in terms of, 'Is this something we want to explore?' We're all so in love with the original and had such an incredible time working on it, and it's such a big part of our lives," Safran told The Hollywood Reporter. "Then the stars aligned and we had availability to jump, and Warners, obviously, it's something they're very passionate about. It seemed like the best time and also the best way to do it."

Safran proceeded to describe the new show as an "extension" of the original, which could very well indicate some crossover potential and mark the return of some, if not all, of the original cast members, which included Blake Lively as Serena van der Woodsen, Penn Badgley as Dan Humphrey, Leighton Meester as Blair Waldorf, Chace Crawford as Nate Archibald, Jessica Szohr as Vanessa Abrams, and Ed Westwick as Chuck Bass.

Bustle has reached out to the reps of Lively, Badgley, Meester, Crawford, Szohr, and Kelly Rutherford for comment about the new series and whether or not they would consider appearing on the show, but had yet to hear back at the time of publication.

For his part, Crawford previously spoke on the subject of a potential Gossip Girl revival during a recent interview with Digital Spy, where he indicated he would be onboard with reprising his character, but only if it truly made sense. "I don't know what it would look like with us being in our 30s now, but I always say, because it was such a big part of my life, I'm open to anything," he said at the time. "It would have to be really right, and really specific, and with TV and the golden age of the TV streaming service, maybe an eight-episode season..."

That certainly seems to fit into this new project. The official logline for the updated Gossip Girl series reads as follows:

"Eight years after the original website went dark, a new generation of New York private school teens are introduced to the social surveillance of Gossip Girl. The prestige series will address just how much social media — and the landscape of New York itself — has changed in the intervening years."

The reboot has yet to be given an exact premiere date, but given that HBO Max is set to launch in the spring of 2020, it will probably be sometime around then. Until then, let the speculating commence! Xoxo.

More like this
A TikToker Just Proved Gossip Girl's Identity Was Revealed In Episode 1
By Jake Viswanath and Meguire Hennes
The First 'Percy Jackson & The Olympians' Teaser Comes With An Ominous Warning
By Grace Wehniainen
The New 'National Treasure' Series Trailer Teases The Return Of A Popular Character
By Grace Wehniainen
Nicola Coughlan Shared A Lady Whistledown Excerpt From ‘Bridgerton’ Season 3
By Grace Wehniainen, Alyssa Lapid and Sam Ramsden
Get Even More From Bustle — Sign Up For The Newsletter