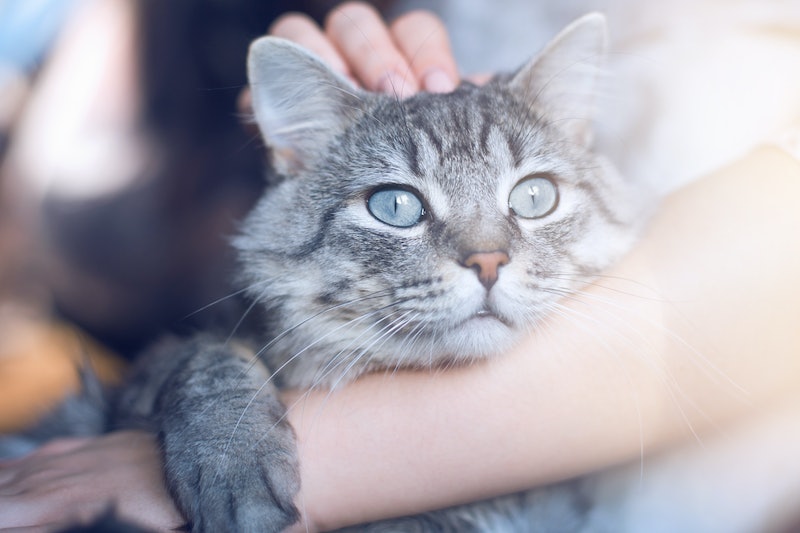 When Emma McNulty took a day off work after her dog died, she did not expect to be dismissed by her employers. But that's exactly what happened. Now the 18 year old is determined to introduce pet bereavement leave into all workplaces. Her petition, set up just a week ago, has already been signed by more than 17,000 people.

"I recently lost my dog, a valued family member and companion. I grew up with her and developed a close relationship that only grew each day," McNulty said of her 14-year-old terrier, Millie. When she asked for a day off from her part-time job at a sandwich shop, McNulty's employer told her to find someone to cover her shift, reports the BBC. When she couldn't, her contract was terminated.

"Instead of being shown the compassion and sympathy stated in the contract, I was sent a number of nasty messages and told I had to cover my shift as no bereavement time was allowed for pets," McNulty explained in her petition. "I did not go to work that day and I was recently fired and left unemployed the same day as losing my best friend. This caused me extreme distress and sickness."

Grieving for a pet has been proven to be comparable to losing a human friend or relative, notes psychologist Frank T. McAndrew in The Conversation. In fact, an article published in the Evolution & Human Behaviour journal concluded that some pet owners get "more satisfaction" from their unconditional relationship with their pets than they do with people.

So why is the death of a pet still viewed as an unmemorable event? Why do some still smirk at people grieving for an animal? And why do workplaces typically not offer any form of support?

My first experience of death, like many others, was closely linked to my first pet. Although I didn't have my rabbit for long, their death still resulted in half the day spent sobbing on the sofa. Admittedly, I was a young child then, but the fear of losing an animal hasn't left me.

I currently have a four-year-old dog who spends almost every waking minute by my side. He is a comforting presence during stressful periods and the (often hilarious) pick-me-up I need when things start to feel overwhelming. He keeps me healthy, forcing me to leave the house for a bout of fresh air every day. He, in many ways, is a best friend, and I cannot bear to think of the impact his death will have.

One thing I am certain of is that my work will be affected. I will be grieving in the same way I grieved for my granny, struggling to overcome the feelings of sadness that wash over any bereaved person. My concentration levels will be nil and the creativity my job often requires will recede.

Luckily, I'm freelance. So although I would have to inform people that I might be missing shifts and deadlines, I'd theoretically have more freedom to take the time I needed to process my loss. Those in regular employment don't. Not currently, anyway.

While UK law does give people the right to "take reasonable time off work to deal with a bereavement involving a dependant," an Advisory, Conciliation, and Arbitration Service (ACAS) spokesperson told the BBC, "pets are not specifically mentioned within workplace bereavement legislation." That's not to say that every employer excludes pets, but it's safe to assume that most do.

However, the ACAS spokesperson did add that "the death of a beloved pet can impact a worker's mental health and a good employer should be sensitive and mindful of their employees' wellbeing."

Treating the loss of a pet differently to the loss of a family member only makes the grieving process harder. Bereavement can be a lonely experience. Failing to consider someone's feelings only serves to heighten that.

I fully support McNulty's petition and hope that thousands of UK workplaces will too. Because, in my eyes, my dog is not "just a dog." He's a member of my family.