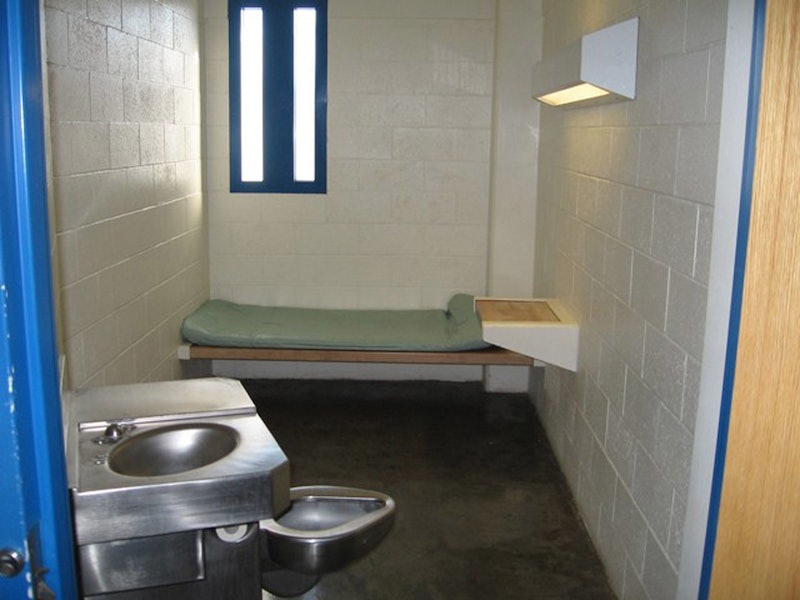 A Florida public defender has alleged that a pregnant inmate was forced to give birth alone in her cell, despite having notified the jail's staff of her contractions and asking for help, according to The Washington Post. Tammy Jackson was allegedly left to labor alone for nearly seven hours, eventually birthing her own baby in her cell at The North Broward Bureau, which is described as a special needs detention facility in Pompano Beach, Florida. In a letter to the Broward Sheriff's Office, a public defender representing Jackson called the incident "outrageous and inhumane."

"In her time of extreme need and vulnerability, [Broward Sheriff's Office] neglected to provide Ms. Jackson with the assistance and medical care all mothers need and deserve," Broward County public defender Howard Finkelstein wrote in a letter sent to the sheriff on Friday and later obtained by The Miami Herald. "Not only was Ms. Jackson's health callously ignored, the life of her child was also put at grave risk. It is unconscionable that any woman, particularly a mentally ill woman, would be abandoned in her cell to deliver her own baby." Bustle has reached out to the Broward Sheriff's Office for comment.

According to Finkelstein, staff at The North Broward Bureau knew Jackson was at the end of her pregnancy. However, Finkelstein claims that when Jackson notified jail staff of her contractions in the early hours of April 10 and asked them to help her, they failed to transport her to the hospital, The Miami Herald reported.

Instead, Finkelstein claimed in the letter that it was hours until the staff finally spoke to an on-call physician who said he would check on Jackson when he arrived at the jail later that day. More than an hour and a half after that, Jackson, still alone in her cell, told staff that she was bleeding, Finkelstein alleged.

"Still she remained isolated in her cell and no urgency was demonstrated by your staff," Finkelstein's letter to Sheriff Gregory Tony read. "Six hours and 54 minutes after asking for help, a BSO tech notified medical staff that Ms. Jackson was holding her newborn baby in her arms, having delivered her baby without medication or the assistance of a physician."

In a statement provided to The Miami Herald, the Broward Sheriff's Office said an internal affairs investigation had been launched into the incident on April 12 and was still continuing. "Following the delivery, a Well Path medical team, including a physician and two nurses, attended to the mother and child," the statement read. "Child Protective Investigations Section was notified, and the baby was placed with an appropriate caregiver."

In his letter, Finkelstein described Jackson as mentally ill and expressed concern for how having to deliver her child alone would affect her in the long-term. "It remains to be seen how this gross negligence will affect Ms. Jackson's already fragile mental health," he wrote. He demanded the sheriff's office conduct an immediate review of all facilities' medical and isolation practices to ensure a similar situation never occurs again.

More like this
Leonardo DiCaprio Celebrates A Special Birth In Moving IG Post
By Sam Ramsden
Keke Palmer Just Announced She's "Going To Be A Mom" On 'SNL'
By Brad Witter
Julia Haart’s New Company Haart Sphere Still Doesn’t Seem To Exist
By Brad Witter
Dyson Is Dropping Futuristic, Air-Purifying Headphones
By Rachel Lapidos
Get Even More From Bustle — Sign Up For The Newsletter