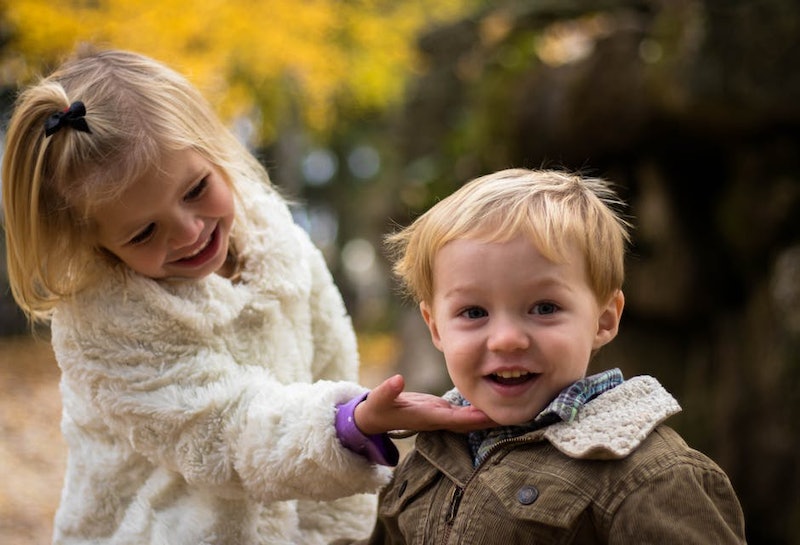 For me, one of the worst things about going to Catholic school was being told what to wear to school every day. At my school girls wore plaid skirts like the one Rory wore on Gilmore Girls, and boys wore pants. Now, one school may allow boys to wear skirts and girls to wear pants if a new proposal for gender-neutral uniforms is passed. According to BBC News, Highgate School in London "is considering mix-and-match outfits for pupils after head teachers said that growing numbers of children were questioning their gender."

Headmaster Adam Pettitt told the BBC that students don't want to be stifled by the binary lens through which most people view society. "We're therefore exploring how our uniform policy could evolve to cater for those who do want to match clothing to gender, as well as those who don't."

While Pettitt said that in the past students didn't openly discuss the issue, it's naive to think it didn't exit. Today's increasingly open dialogue about gender identity has made it more comfortable for students to speak up for themselves.

"The fact that there is significantly greater support and information available, both in schools and elsewhere, means that young people need no longer feel afraid to ask questions or speak out about their feelings," Pettitt told the BBC. "If they feel happier and more secure in who they are, it must be a good thing."

Mandating how males and females should dress is one of the oldest forms of sexism, and in 2014, male students in France drew attention to the issue when they wore skirts to school to protest gender inequality, and support equal rights for women and girls.

Additionally, the BBC reported that student equality groups have called for teachers to observe gender neutral speech codes, and they asked for a ban on phrases such as "man up," which suggests that boys should be tough and not show vulnerability, thus forcing them to suppress their emotions.

According to the website Quora it became the norm for men to wear pants during the days when they often rode horses in battle because it made sense to have their legs covered. In many cultures, it was perfectly acceptable for men to wear dresses and skirts, including in ancient Rome, India, and Japan. In these cultures the "warrior class" were the only people who wore long pants. In Scotland men still wear kilts on a regular basis.

Whatever the reason someone chooses a skirt or a pair of pants, mandating how people dress does not determine their gender identity. For example, allowing little boys to wear dresses will not suddenly make them want to be female. And, if a child is questioning their gender, forcing them to dress to conform to their identity assigned at birth will not change how they identify.

The bottom line? Clothes are clothes, and they do not have magical powers to change how a person identifies. Exploring your sense of style is completely normal, and neither boys nor girls should be shamed for choosing to wear non-traditional clothing.

In general, rules that do not allow all students to choose from the entire uniform selection reinforces pre-imposed gender identity restrictions on children and teens who may still be developing their sense of self. Let them wear skirts.

More like this
How This Founder Manifested Ariana Grande As A Brand Ambassador
By Dominique Norman
Target Dropped *Two* New Fashion Collabs With Queer-Owned Brands
By Dominique Norman
Meghan Markle’s Favourite Skincare Brand Has Finally Landed In The UK
By Tomi Otekunrin
How To Master Baby Braids, According To TikTok
By Tomi Otekunrin
Get Even More From Bustle — Sign Up For The Newsletter