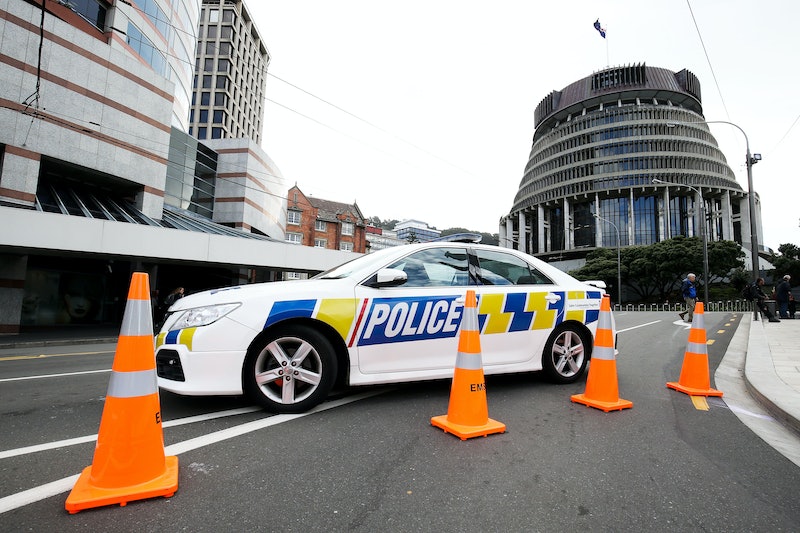 According to an early report by the Washington Post, police are responding to a reported mosque shooting in Christchurch, New Zealand. Though few details were available Thursday evening, the Canterbury Police NZ Twitter account confirmed, "We have a critical incident in Deans Ave Christchurch." The Police account asked people to "please avoid the area" and promised further details soon.

Per ABC, New Zealand Police have since confirmed "multiple fatalities" from the event, and have also confirmed that a suspect has been arrested, though they didn't provide further details.

In the hours following the reported shooting, witnesses started to share information to news networks about what they had seen and experienced.

One witness who was in the mosque at the time of the shooting told CNN, "There were more than 200 people inside. The gunman came from the backside. Gunshots went on for a long time. We had to jump the wall to escape."

Another witness told The Washington Post that he saw a man dressed in black enter the mosque, and shortly thereafter, he heard shots fired. He said that he saw the same man run out of the mosque, drop what looked like a semiautomatic gun in his driveway, and run away. He then went to the mosque to try to help. He said to the publication:

I saw dead people everywhere. There were three in the hallway, at the door leading into the mosque, and people inside the mosque. It’s unbelievable nutty. I don’t understand how anyone could do this to these people, to anyone. It’s ridiculous.

To The Guardian, another witness told the entire story of what happened, from his perspective, at the mosque on Friday afternoon:

It was very peaceful, calm and quiet, as it is when the sermon starts, you could hear a pin drop. Then suddenly the shooting started. It started in the main room ... I was in the side room, so I didn’t see who was shooting but I saw that some people were running out to my room where I was in ... I tried too get out and I pushed myself at the back where my car was, and from there I heard the shooting, it went on six minutes or more, I could hear screaming and crying, I saw some people drop dead, some people were running away, I was in a wheelchair, so I couldn’t get anywhere.

Per the publication, the man was able to eventually get himself out of the mosque, and immediately wheeled himself back in to attend to others, once the all-clear was called. The police have not verified these individual accounts.

Many networks and reporters are encouraging people to give no further attention or spotlight to the supposed video of the incident that's circulating, and to mute their social media feeds with phrases like "mosque shooting" or "christchurch" if they don't want to accidentally come across it.