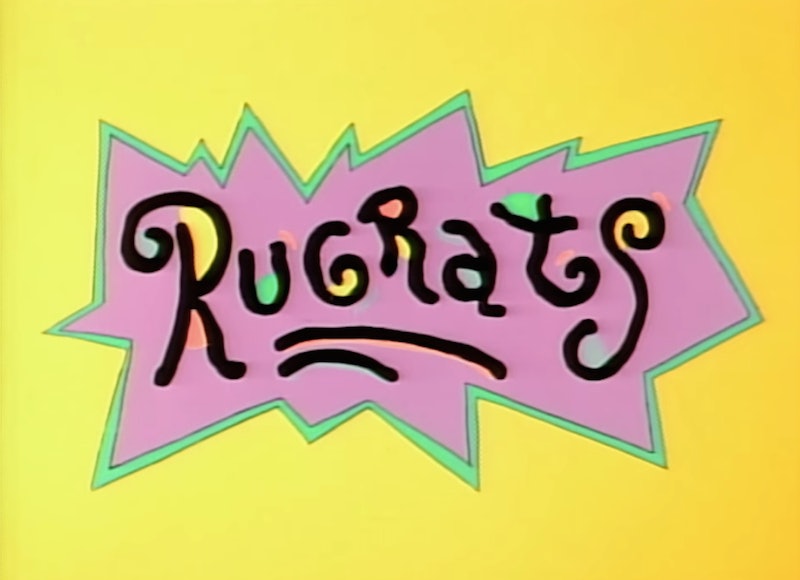 There's no easy way to put this, so just fix yourself a tall drink of something strong, sit yourself down, and prepare for the end times: a Rugrats porn parody called Tugrats now exists — and that shrieking noise you can hear? Yeah, that's the sound of your childhood being murdered. The mercifully safe for work trailer for Tugrats is unmercifully full of references to the beloved '90s animated series that will make you remember how much you used to love the show before you realize with dawning horror, wait, are Chuckie and Angelica seriously going to enter the bone zone now? PLEASE MAKE IT STOP.

Similarly, there's a nod to Tommy's phrase, "a baby's gotta do what a baby's gotta do." But, you know, now he's a man. A man in a diaper, yes, but a man all the same (it's a whole "thing" that we can Google, according to Tommy). There's also a reference to Phil's love of bugs, though it's used as part of an eye-roll-worthy euphemism that isn't worth explaining. At no point during the trailer does Chuckie invoke his own catchphrase and mention that he's scared, but he probably should be. Fans definitely are.

Tugrats also deserves some top marks for the use of this key Rugrats line that you can literally never hear or reference again thanks to this childhood-obliterating movie:

Which brings us to this next point, and, honestly, it's hard to be certain about what's more upsetting here. The fact that Tommy's Dad has a pill bottle proudly labeled as being "Stu's boner pills," the fact that Chuckie takes one of the damn things despite its very obvious labeling, or the fact that Angelica can't take her eyes off the effect that the pills are having:

And there's the boob-growing portrait of someone that Chuckie dreamily refers to as "double-Didi". And don't even think about what they did to Reptar. By the time you reach that point, you're going to just feel like saying, "is nothing sacred?"

But then you'll realize the answer is no. Nothing is sacred. Especially not your childhood favorites. Rugrats was one of the best, but, thanks to this, you'll never be able to watch it the same way again.