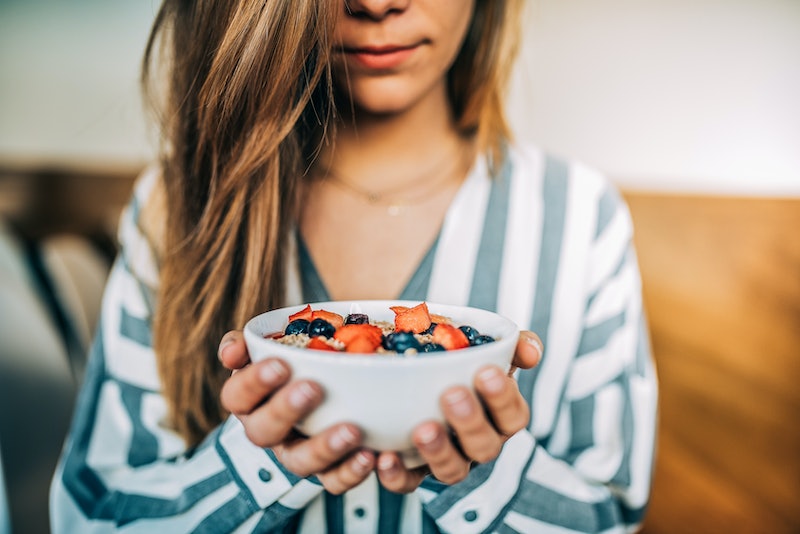 The Centers for Disease Control and Prevention (CDC) said in a July 12 update that it continues to recommend consumers not purchase or consume any Kellogg's Honey Smacks cereal, regardless of best-by date, as 100 cases of salmonella linked to the cereal have now been reported. Nearly 30 more cases were reported in the month since the CDC's last update on June 14. Cases have now been reported in 33 states, and 30 of the 100 sick have been hospitalized, per the CDC's statement. Kellogg's issued a recall of the cereal on June 14.

According to CNN, salmonella cases linked to Honey Smacks began appearing as early as March 3, but the outbreak was not reported by the CDC until June. Just before the CDC announced the outbreak, Kellogg's issued its voluntary recall of "15.3-ounce and 23-ounce packages of the cereal with a 'best if used by' date from June 14, 2018, through June 14, 2019," CNN reported.

However, the CDC advises consumers not to eat any Honey Smacks regardless of best-by date because, as CNN reported in June, shortly after Kellogg's recall announcement, the U.S. Food and Drug Administration (FDA) expanded the recall, saying in a statement on its website, "The FDA is advising consumers to not eat and to discard any Kellogg's Honey Smacks cereal. This is regardless of size or 'best if used by' dates. The recall notice accounts for all product that is on the market within the cereal's estimated one year shelf-life. However, Honey Smacks products within earlier dates could also potentially be contaminated."

Though cases of salmonella linked to Honey Smacks have only been reported in 33 states, the recall, as well as the CDC and FDA's advisories, includes all areas where the cereal was sold, including all 50 U.S. states, Guam, Saipan, Aruba, Curaçao, St. Maarten, the Bahamas, Barbados, Tortola, Costa Rica, Guatemala, Haiti, Mexico, Panama, and Tahiti, according to CNN.

In a July 12 statement, the FDA reiterated that consumers should not be eating Honey Smacks, and noted that "some retailers are still selling this product," which the agency said is against the law. "The FDA will continue to monitor this situation closely and follow up with retailers as we become aware of recalled products being offered for sale. Additionally, the public is urged to report any product being offered for sale to the FDA Consumer Complaint Coordinator in their region," the agency wrote in its statement.

The CDC also cautioned in its July 12 statement that even if consumers have Honey Smacks in their house that they've eaten before with no ill effects, they should still throw the remaining cereal away. And if you have cereal in your house that you aren't entirely sure is Honey Smacks, err on the side of caution and throw that out, too, the CDC said. If you store cereal you think is Honey Smacks in a reusable container, you should "thoroughly wash the container with warm, soapy water before using it again, to remove harmful germs that could contaminate other food," the CDC advised.

If you believe you may have gotten salmonella, you should keep an eye on your symptoms, but will likely be OK. Hospitalizations linked to salmonella are generally due to severe diarrhea, per the CDC, which also states on its website that there are about 1.2 million cases in the U.S. per year, with 23,000 hospitalizations and around 450 deaths, on average.

Symptoms of salmonella set in swiftly after infection — folks who've contracted the food-borne illness will "develop diarrhea, fever, and abdominal cramps 12 to 72 hours after infection," the CDC reports. "The illness usually lasts 4 to 7 days, and most persons recover without treatment." Make sure to drink lots of water and stay home while you're feeling unwell.