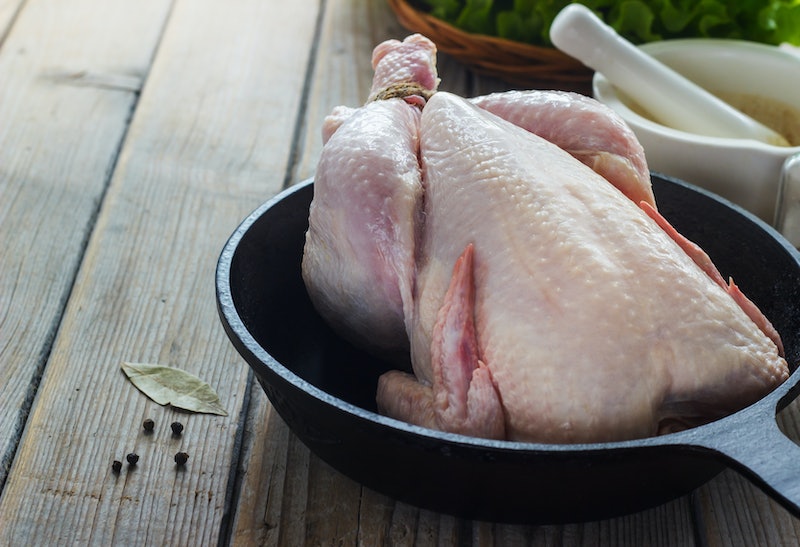 The CDC reports that the outbreak has affected 90 people in 26 states since November 2017, and led to 40 hospitalizations. No deaths have been reported. The outbreak for this strain of Salmonella began in November. According to Consumer Reports, the CDC did not alert the public until now because it had not yet identified a common source it could tell people to look out for. Even now, Consumer Reports says that the outbreak has not been traced to a specific farm, manufacturer, or processing plant.

The CDC is not suggesting that people avoid raw turkey altogether, but rather that they practice caution when preparing raw turkey and eat turkey only when it has been properly cooked. The CDC advises washing your hands before and after cooking or eating, after going to the bathroom or changing a diaper, and after contact with animals; cooking turkey to an internal temperature of 165 degrees Fahrenheit and reheating leftovers to that same temperature; and avoiding spreading germs from raw turkey by properly cleaning preparation areas, utensils, and cutting boards, and using separate cutting boards for raw meat, if possible.

Additionally, the CDC notes that it does not recommend feeding raw diets to pets. Two of the people who reported being infected by Salmonella live in homes where pets were fed raw turkey pet food.

Symptoms of Salmonella include diarrhea, stomach cramps, and fever that appear 12 to 72 hours after exposure. Usually the illness last for four to seven days and clears up on its own, but in some cases, requires hospitalization if the diarrhea is severe. Salmonella can lead to death in serious cases involving the infection spreading to other parts of the body and the blood stream if the person quickly treated with antibiotics.

Raw turkey is the latest food to look out for when it comes to Salmonella, but it's not the only one consumers should be aware of. The CDC continues to provide updates on foods linked to Salmonella and recalled items on its site. Currently, these also include Kellogg's Honey Smacks cereal, Hy-Vee brand's Spring Pasta Salad, and Caito Foods' pre-cut melon. All of these items have already been recalled by the brands. To be safe, it's best to stay updated about which products and types of food are being linked to the bacteria. More information about Salmonella outbreaks and affected products can always be found on the CDC site's Salmonella page.