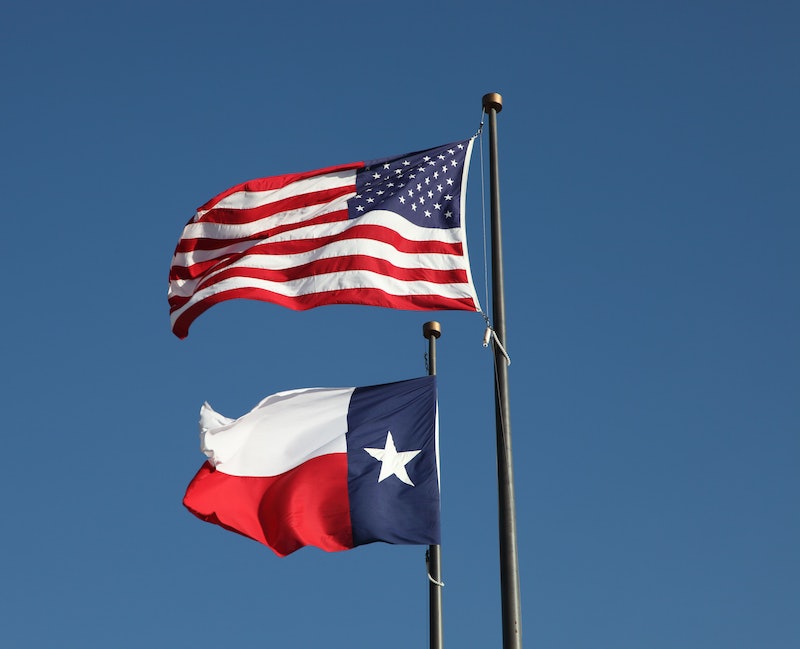 On Tuesday, a town in Texas voted to completely ban pregnant individuals from accessing abortion services within its borders, with few exceptions. In casting their votes, the all-male city council declared Waskom a "sanctuary city for the unborn" and cemented the municipality's commitment to ensuring that an abortion clinic never opens within its borders.

As KETK-TV reported, the new city ordinance was passed unanimously, with votes of support from all five men on the council. The Washington Post noted that the ordinance bans most abortions from taking place within town limits, with exceptions for cases of rape, incest, and incidents where the mother's life is at risk.

The text of the legislation, part of which Right to Life of East Texas director Mark Lee Dickson shared on Facebook, paints the landmark abortion rights case Roe v. Wade as one that violates states' rights. It also emphatically indicates that abortion providers will be considered criminal organizations within the city of Waskom. As the ordinance notes:

Roe v. Wade ... is a lawless and illegitimate act of judicial usurpation, which violates the Tenth Amendment ... and denies the people of each State a Republican Form of Government by imposing abortion policy through judicial decree ... All organizations that perform abortions and assist others in obtaining abortions are now declared to be criminal organizations in Waskom, Texas.

Indeed, the city appears to recognize this, with Waskom's mayor warning its citizens prior to the ordinance vote that Waskom would probably be sued if the ordinance passed. "Most likely we will end up getting sued if this passes. It could go to the Supreme Court," Mayor Jesse Moore said, per ArkLaTexhomepage.com.

The outlet added that Alderman Jimmy Dale Moore indicated that the city doesn't have the funds to cover fees associated with a potential lawsuit. "We don't have the possibility of millions of dollars to take it to that level. We can't pay those types of attorney fees," he said. However, despite the possibility of a financially-damaging lawsuit, many in Waskom indicated that they still supported moving forward with the ordinance because "they say God will take care of them," Alex Meachum of ArkLaTexhomepage.com wrote.

As HuffPost noted, Waskom currently doesn't have any abortion clinics in its town of around 2,000 people. The outlet indicated that lawmakers and community members reportedly wanted to pass the ordinance to help ensure that no clinics would open in the future.

The outlet added that supporters of the ordinance were concerned that newly passed early abortion bans in other states would encourage abortion providers to come to Texas — which currently allows abortions up through 20 weeks of pregnancy — and try to open up new clinics. HuffPost noted that supporters were particularly worried about abortion providers relocating to their community from Louisiana, which just passed a statewide early abortion ban. Waskom is located on the Texas-Louisiana border.

Time will tell exactly how Waskom's new ordinance is received — and whether it will indeed end up facing the lawsuits about which city officials ruminated prior to voting.