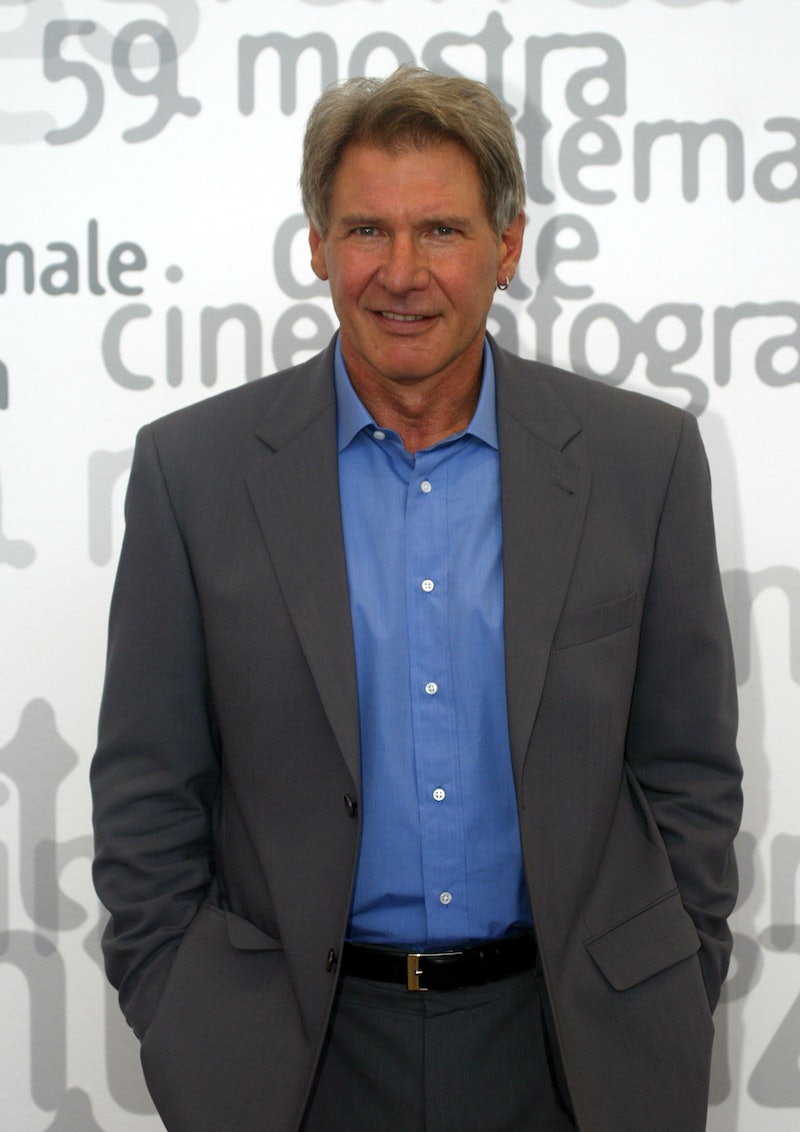 According to a Nov. 21 report from Variety, a new adaptation of the true crime docu-series, The Staircase, will star Harrison Ford, and it could be the first major TV role of his storied career. The Oscar nominee will reportedly executive produce the series, in addition to starring as American novelist Michael Peterson, whose murder trial for the 2001 death of his wife Kathleen Peterson was at the center of the original docu-series on Netflix. Peterson claims his wife died accidentally after falling down the stairs.

Variety noted that the potential series is "currently being shopped to networks and streaming services." Bustle reached out to one of Ford's reps for comment. The Staircase, which was originally released in 2004, brought renewed attention to the Peterson murder case when Netflix premiered Jean-Xavier de Lestrade's updated docu-series in 2018. Throughout the 13 episodes, Peterson maintained his wife died after falling down the stairs at their North Carolina home. The State's case, however, centered on Peterson allegedly bludgeoning Kathleen to death and staging the scene to look like an accident.

Despite vehemently denying the allegations and maintaining that Kathleen's death was accidental, Peterson was convicted of murdering his wife in 2003. He was granted a new trial in 2017, and after entering an Alford plea to manslaughter, Peterson was freed based on time served following his original murder conviction.

If picked up, Ford's Staircase series will be his first time as a series regular on TV. That's not to say he's a stranger to the medium altogether, though. Before beginning his long career in Hollywood, Ford made appearances on TV shows such as The Virginian, Ironside, The F.B.I., and Gunsmoke in the '60s and '70s. The actor, of course, went on to score an Academy Award nomination for his 1985 film Witness. He may have gotten his best prep for the role, however, while shooting 1993's crime drama, The Fugitive, in which he famously shouted, "I didn't kill my wife!" during a scene with Tommy Lee Jones.