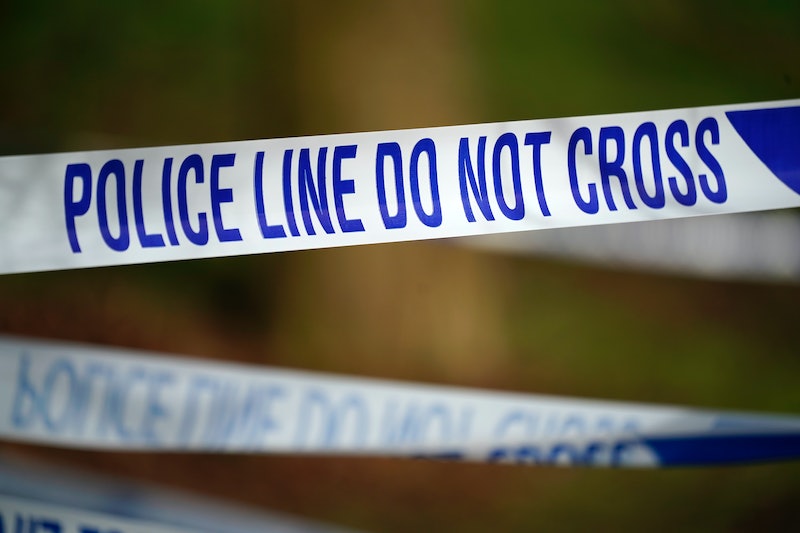 Several news outlets reported Friday that a mass shooting in Virginia has left multiple people dead. Details of the incident are still unfolding, but CNN reports that it took place at a municipal building in Virginia Beach on Friday afternoon.

According to Virginia Beach Police Chief James Cervera, at least 11 people were killed and six others hospitalized in the shooting. One officer was injured while attempting to confront the gunman, Cervera told reporters, but survived thanks to his bulletproof vest.

"There's no way to describe an incident such as this," Cervera said at a press conference Friday, according to CBS News.

CNN reports that five people who were injured in the shooting are at Virginia Beach General Hospital, while another was sent from Princess Anne Hospital to Norfolk General Hospital. The degree and cause of their injuries is unknown.

The shooting took place in Building 2 of the Virginia Beach Municipal Center, WTKR reports, a building adjacent to city hall that houses various local government offices, including the police department. At around 4:00 p.m., the gunman walked through several floors of the building and fired at occupants, seemingly at random, according to USA Today.

On Twitter, Virginia Beach Police said they believe there was only one shooter, and that a suspect has been taken into custody. However, Cervera said at the press conference that the gunman was killed by police, according to the Associated Press. Police said that the shooter was a longtime employee of the city's public utilities office, according to the Virginia-Pilot.

CBS News reports that the building was placed on lockdown after the shooting, and according to the Virginia-Pilot and WTKR, so were a nearby school administration building and courthouse. After the shooting, support from local officials poured in.

On Twitter, Gov. Ralph Northam called Friday "a tragic day for Virginia Beach and our entire Commonwealth," and said that his "heart breaks for the victims of this devastating shooting, their families, and all who loved them." Virginia Beach Mayor Bobby Dwyer said at a press conference that Friday was "the most devastating day in the history of Virginia Beach," according to USA Today.

Eyewitness Megan Blanton, who works in the same office where the gunman is believed to have worked, told the Virginia-Pilot that her supervisor heard a noise, pulled Blanton and several others into an office, and pushed a desk against the door. Another eyewitness, planning department employee Arthur Felton, told the Virginia-Pilot, that he evacuated the building after a co-worker heard gunshots.

"We tried to do everything we could to keep everybody safe," Blanton told WGN9. "We were all just terrified. It felt like it wasn't real, like we were in a dream. You are just terrified because all you can hear is the gunshots."

In addition to the Virginia Beach Police, the Norfolk branch of the FBI is assisting in the investigation, WTKR reports, and so is the Bureau of Alcohol, Tobacco and Firearms.

More like this
Read Dan Levy's Heartbreaking Message After The Club Q Shooting
By Stephanie Topacio Long
What To Know About Martin Bashir After Watching 'The Crown'
By Bustle UK
Iran Has Issued A Death Sentence Over Mahsa Amini Protests
By Catharina Cheung, Darshita Goyal and Maxine Harrison
Ghislaine Maxwell Is Serving Her 20-Year Prison Sentence In Florida
By Gretchen Smail and Brad Witter
Get Even More From Bustle — Sign Up For The Newsletter