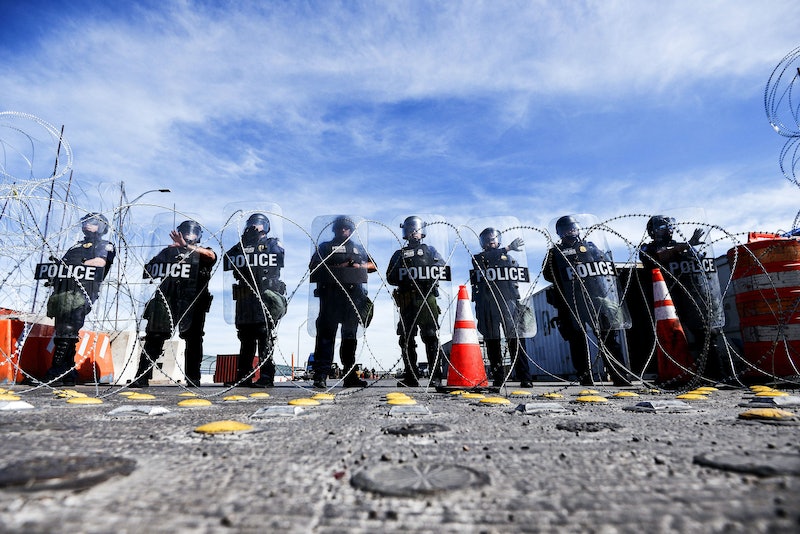 On Monday, a 45-year-old Mexican national became the third person to die in Border Patrol custody in just three months. The migrant died while at a hospital in McAllen, Texas, after suffering from cirrhosis of the liver and congestive heart failure, according to Customs and Border Protection (CBP). A statement from the agency said the individual, who has not been identified, had been in the intensive care unit for two weeks.

This death comes on the heels of the sudden deaths of two young children, 7-year-old Jakelin Caal Maquin and 8-year-old Felipe Gomez Alonzo, who both died in December after their parents requested asylum. Human rights advocates and members of Congress denounced the deaths; CBP responded by implementing new medical checks on children.

The most recent death does not mirror those of the two children, though. The initial diagnoses of cirrhosis of the liver and congestive heart failure potentially point to chronic illnesses — not a flu or dehydration as reported in the kids' cases — although the cause of death is still unknown for all three. The individual was also able to receive medical attention for weeks, whereas the kids were reportedly seen at hospitals just hours before their deaths. CBP said the individual asked for medical attention when he first came into contact with the Roma Texas Police Department on Feb. 2.

Andrew Meehan, assistant commissioner for public affairs for CBP, released the following statement: "This loss of life is tragic. Our condolences go out to the family and loved ones. CBP remains committed to ensuring the safe and humane treatment of those within the care of our custody." The agency's Office of Professional Responsibility began a review and Congress was informed.

In addition to the added medical checks, there are more changes in the works to prevent migrant deaths. The Washington Post reports that the most recent budget deal included $415 million in appropriations to humanitarian efforts at the border, including $128 million towards CBP hiring more medical professionals.

Other parts of the bill reportedly require that CBP update Congress within 60 days on their efforts to improve consistent care in terms of water, nutrition, hygiene, and sanitation needs, The Post reports. More money will also go to Immigration and Customs Enforcement (ICE) to hire more health-focused staff for those in their custody, the report notes.

At the same time, though, ICE will have the ability to detain about 5,000 more people a day thanks to the funding, as the White House highlighted in its announcement on the funding deal. The increase of funding for CBP staff — equivalent to some 600 officers — could also result in more detentions.

And, as migrant advocates highlight, border wall funding covering 55 miles in the Rio Grande Valley could cause more migrants to cross in even more remote areas, making CBP's job of providing access to medical care even harder.