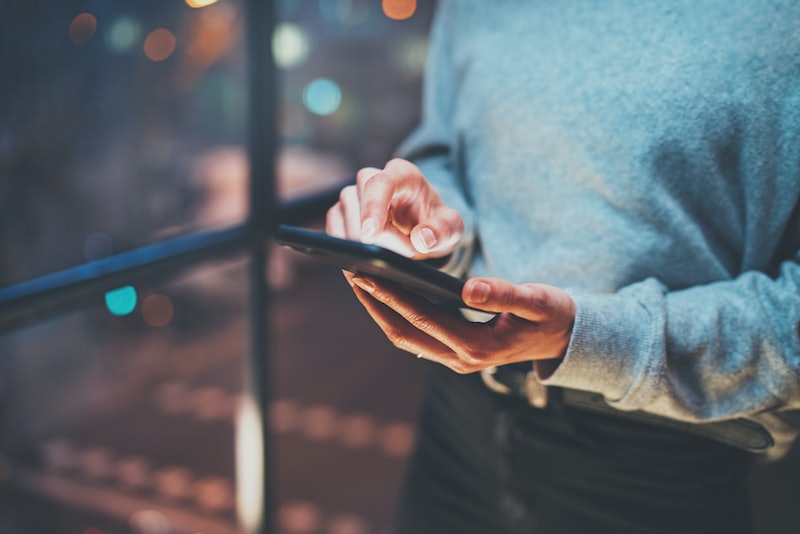 While dealing with taxes, the IRS, and the government generally can be panic-inducing to many millennials who are still trying to wrestle with the notion of taxes and adulthood, there's another reason to be on guard. Sorry, but not that sorry — because, according to reports, there's a Social Security number scam making the rounds that you need to be aware of, should it happen to you. Per ABC11, it involves someone calling and saying there is an issue with your Social Security number, maybe even threatening to suspend it completely, and demanding payment — all for the sake of trying to get information and money.

Unfortunately, this time of year can be rife with scammers. and many of them are pretty convincing. They can be aggressive, persuasive, and target areas like taxes and Social Security where they know a lot of people don't feel very confident.

"I had a phone call from a deeply voiced recording identifying as Social Security Administration," one woman reported via email to ABC11. "It alleged a lawsuit by the government was being initiated against me. I was instructed to call a number but hung up as I knew it was a scam. Worried about the elderly who would be scared into following instructions."

Of course, that's not the only way that the scam can work. Per the FTC's list of potential government imposter scams, they may not mention suspending your number, they may just be claiming you owe them money and ask for payment (sometimes by a wire transfer or a gift card, which should be a giveaway). When in doubt, hang up. Contact Social Security or the FTC if you have any questions. This is just too big of an area to mess around with.

Unfortunately, it's not the only scam out there — especially at this time of year. Scams are getting more and more sophisticated — like the Gmail attachment scam that had a lot of people fooled or the Netflix scam claiming using made-up billing issues to persuade users. But around tax day, there are even more scams afoot. Last year a Ghost Tax Return Preparer scam popped up, with tax preparers disappearing with people's sensitive information. There are also often scams where someone emails or texts claiming to be with the IRS, saying you owe money or are missing documentation. Don't fall for it, as the government has emphasized that "the IRS doesn't initiate contact with taxpayers by email, text messages, or social media channels to request personal or financial information." The IRS has also provided a list of popular scams, so when in doubt make sure to check and always err on the side of caution when it comes to sensitive information or making payments.

It's unfortunate that there's another thing to worry about during tax season, but it's important to stay informed. When in doubt, hang up the phone and certainly never handover payments unless it's a trusted source. Better safe than sorry.