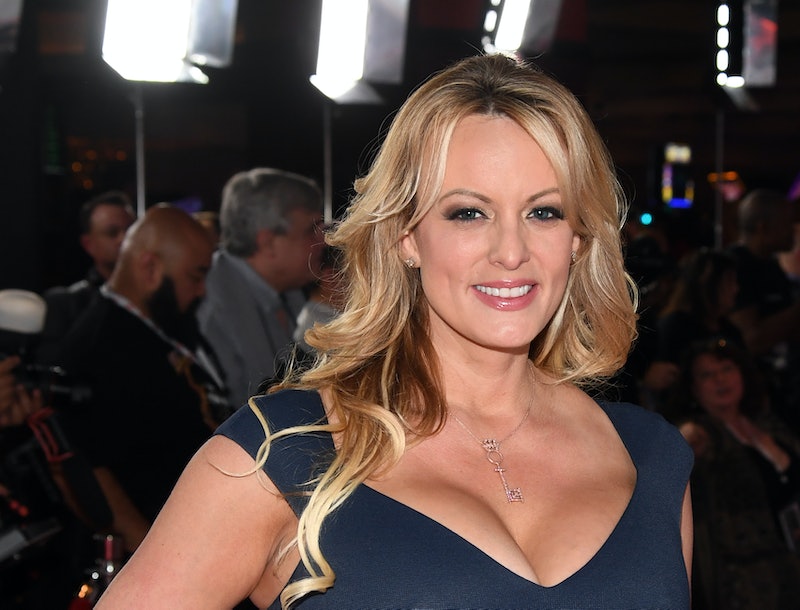 Southeast Houston's Joke Joint Comedy Club will see a new comedian grace their venue. According to ABC13, Stormy Daniels will debut her stand-up comedy at the Texan comedy club, performing two shows on the night of March 20.

The co-owner of the joint, Ken Reed, said the public opinion on Daniels' potential show has been mixed so far. But he's confident that her audience will have fun. "I'm not forcing her on our regular audience," Reed told ABC13. "She's bringing her own audience. They're going to have a blast, I'm sure of it."

On Twitter, Daniels appeared enthusiastic about her upcoming show. She shared a link to a promotional poster from the Joke Joint Comedy Club on Instagram. "Check it out!" Daniels tweeted. "Houston!"

Daniels' appearances at the Joke Joint Comedy Club may attract attention beyond her regular fanbase, given the media attention on her over the past few years. In March 2018, the adult entertainment performer claimed on 60 Minutes that she and President Trump once had extramarital sex in 2006. Trump has repeatedly denied Daniels' claim.

Just two months before her interview with 60 Minutes, The Wall Street Journal reported in January 2018 that Trump's former attorney and fixer Michael Cohen paid Daniels $130,000 in 2016 as hush money to keep her from discussing the alleged extramarital affair. Although Trump initially denied this, he later on acknowledged that he authorized and reimbursed Cohen for the payment.

As for Reed, the co-owner of the Joke Joint Comedy Club seemed optimistic while talking to ABC13. He noted, "I'm not going to judge her on her politics, or her day job, or anything else. She has an audience. She has a fanbase that want to see her."

She may not be a professional stand-up comedian, but Daniels is no stranger to onstage humor. In May 2018, the adult entertainment performer appeared on Saturday Night Live as herself, alongside Alec Baldwin, in his his famous impersonation of Trump. Daniels even had a message for the president: "A storm’s a-comin’, baby."

On Twitter, Daniels took on critics who told her to stay out of comedy. In a tweet on Monday, Daniels said, "I did improv [comedy] with Tim Meadows and the Upright Citizens Brigade in Los Angeles. I've acted alongside Seth Rogen, Paul Rudd, Danny McBride, Jamie Kennedy, Jason Segal, and Courtney Cox."

"Once I did a little TV show called Saturday Night Live," Daniels tweeted, sarcastically adding, "Too bad I'm not funny or talented enough to try comedy."

Stand-up comedian Eddie Ifft also got into a tiff with Daniels over her upcoming gig at the Joke Joint Comedy Club. Ifft tweeted at the adult entertainment performer to "stay in your lane."

This didn't fly with Daniels, who then responded to Ifft, saying: "I'm glad Lady Gaga didn't stay in her lane. Same for Chris Jericho, Justin Timberlake, Mark Wahlberg, The Rock, etc. As an American, I have the right to change careers, have multiple careers, try new things, and make money as I see fit."

"Sorry if that's scary to you," Daniels tweeted. "Have a juice box&relax."