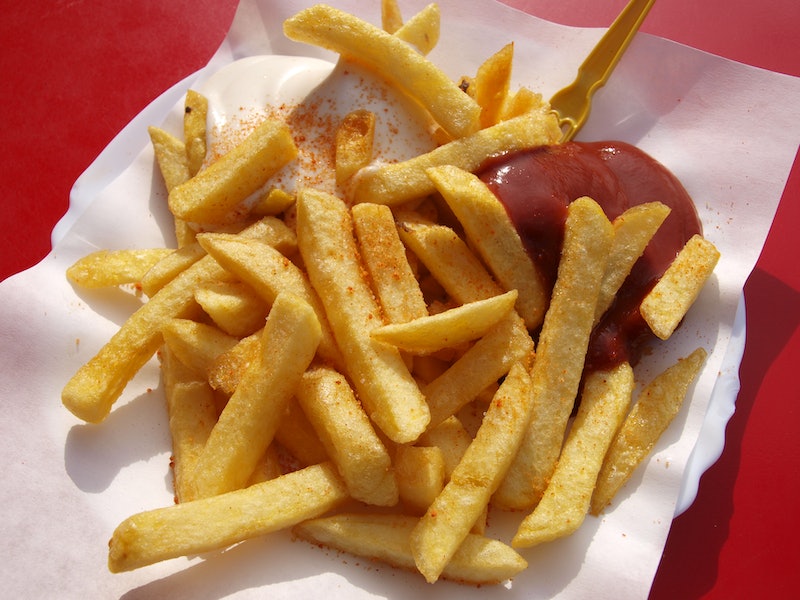 French fries — those delicious, crispy, salty wonders that can run the gamut from fast food to gourmet — have long presented a difficult choice: So yummy, yet so unhealthy. A new study has found that eating French fries is associated with increased risk of death, but before you look into the abyss to make an impossible choice between a bland life without crispy potatoes and a fry-filled demise, take heart: The findings of the study are more complicated than “French fries will kill you.”

The 8-year study was published last week in the American Journal of Clinical Nutrition. Researchers in the UK and Europe analyzed the eating habits of a group of 4,440 participants in North America, between the ages of 45 and 79. During the course of the study, 236 of the participants died. The researchers found that participants who ate fried potatoes — in the form of fries, home fries, hash browns, tater tots, and so on — twice a week or more had an increased mortality risk, more than double that of people who did not eat fried potatoes.

Significantly, the increased risk of death was linked to fried potato consumption, not potatoes in general. In fact, participants who ate non-fried potatoes (boiled, mashed, etc.) were not associated with an increased mortality rate at all. TIME points out that, when they’re not fried, potatoes are “relatively healthy,” and contain beneficial fiber, micronutrients, and vitamins.

It’s important to note that the study found only an association between fried potatoes and an increased risk of death. The study does not suggest that fried potatoes, themselves, cause death. More research is needed to identify what’s at work here — there could be other factors at play; for example, high fry consumption could be part of a more unhealthy diet in general, or there could be other lifestyle factors that lead to a high consumption of fried potatoes and that contribute to a higher mortality risk.

For now, there’s no need to freak out about your favorite salty snack, but you should be mindful of how much fried food you’re eating and how often. As with most things when it comes to a healthy diet, moderation is key.