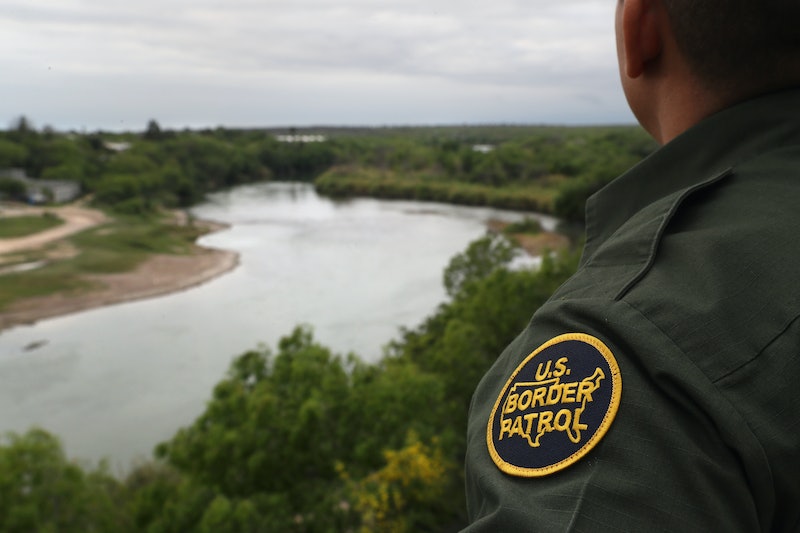 On Wednesday, NBC News published a video that showed U.S. Border Patrol agents attempting to force an injured man back into Mexico after suggesting that "he looks like" he's Mexican. Although their actions would have violated international law had they succeeded, the agents tried to justify making the man go across the border by claiming — incorrectly — that he was not in their custody.

NBC News obtained the video from U.S. Customs and Border Protection (CBP) after learning of its existence from a whistleblower, the news organization said. The incident reportedly took place in Calexico, California, last March, in an area where, reportedly, American agents try to discreetly deport migrants without following necessary procedures. Mexican agents subsequently complained to the CBP about the agents' actions, but both agents ultimately kept their jobs after facing a reprimand, according to NBC News.

In the video, one of the Border Patrol agents explains in Spanish that he was taking the man over the border because "if I leave him there, he was going to kill himself." Someone on the Mexican side of the border contests this claim, and points out that the agents have to take Mexican nationals to the Mexican consulate before sending them over the border. The American agents eventually watch the man walk into traffic after they were deterred by their Mexican counterparts.

According to NBC News, American agents later left the man in a park on the U.S. side of the border, although this was not captured in the video. The agents reportedly did not know where the man was for almost a month after the original incident. One law enforcement source told NBC that a woman subsequently reported the man's "erratic" behavior in the park to local police, after which he was taken to a hospital.

It was only last April — nearly a month after they first encountered him — that U.S. Border Patrol agents found the man trying to enter the U.S. from Mexico. This time around, the agents did take the man to the Mexican consulate and determined that he was indeed a Mexican citizen. The man had reportedly been arrested on 16 prior occasions upon entry to the U.S.

As NBC reported, Border Patrol agents would have been able to verify the man's identity sooner had they taken him to the Mexican consulate when they initially encountered him last March. However, by attempting to force him over the border without cataloguing the incident, NBC suggested that CBP may have wanted to avoid contributing to its border apprehension rate. The Washington Post reported earlier this year that Donald Trump boasted about seeing a decline in the number of people coming across the border — a figure that is primarily measured by how many apprehensions Border Patrol agents make.