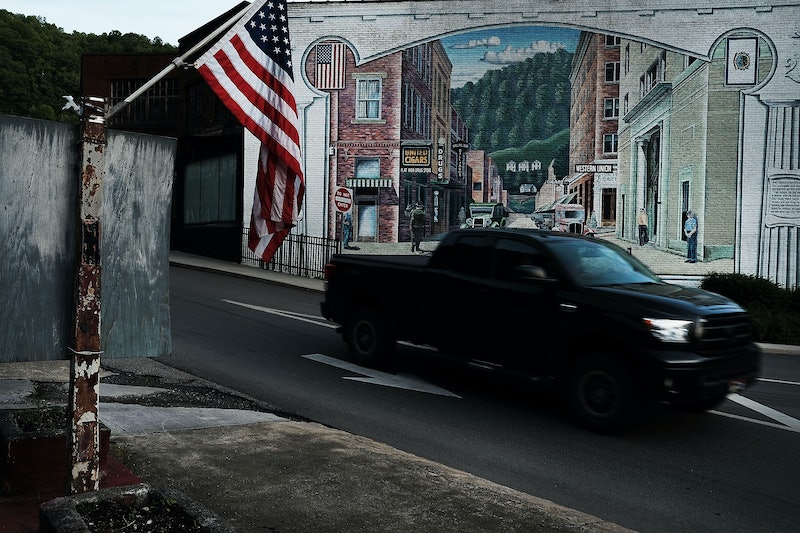 On Tuesday, the Washington Post reported that Peter Navarro, the director of the White House Office of Trade and Manufacturing Policy, recently distributed a controversial document outlining the supposed perils of a weakened manufacturing sector. Navarro's document alleged that increased abortions, domestic violence, drug use, and divorce all result from weak manufacturing sectors caused by increased free trade. However, the documents did not cite any sources to support these notions, leaving many to wonder whether there is any truth to them and why Navarro would seek to make these linkages in the first place.

As reported by the Chicago Tribune, The White House has refused to provide insight into why the document was distributed internally, saying in a statement, "We don't comment on purported internal documents ... The President is working hard on behalf of the American people to make sure our trade agreements are free and fair and benefit the American worker."

However, it is likely that Navarro distributed the document to back the administration's seemingly increasingly anti-free trade stance. Trump has frequently blamed the decline of the U.S. manufacturing sector on free trade and, indeed, has regularly spoken out against free trade agreements. As the Houston Chronicle pointed out, recently Trump has repeatedly threatened to withdraw from a free trade agreement with South Korea. He has also been exceptionally critical of the longstanding free trade agreement among the U.S., Canada, and Mexico — NAFTA — once calling it the "worst agreement ever."

Paul Piveteau, an international economics professor at the Johns Hopkins School of Advanced International Studies (SAIS), tells Bustle that he also believes that the documents were likely distributed as a means of perpetuating anti-free trade rhetoric and policies, saying:

This is certainly to back a political agenda that aims at withdrawing from free-trade agreements and protecting domestic industries that suffer from foreign competition. This rhetoric is also in line with what we have seen during the campaign. These adverse effects mostly concerned the specific base of voters who helped Trump get elected: middle-aged white men from rural areas. So it is not surprising to see the Administration focusing on those effects [the supposed negative effects a weakened manufacturing sector], rather than the positive effects that are more equally shared and less visible.

Thus, the document likely reflects an attempt by the Trump administration to highlight the many ways in which it believes that a diminished manufacturing sector — caused by free trade — is bad for the U.S., both economically and socially.

However, since the documents offered no information backing up these claims, many are likely wondering whether they are actually even true.

Piveteau reflected briefly on this issue as well, telling Bustle that while there are some studies that show that "areas in the US where the industrial composition is similar to Chinese exports suffer more than other areas in the U.S." where companies compete less directly with China. However, Piveteau adds that generalizations about social economic trends based on these studies can't be made. "The important part of this conclusion is that these effects are measured based on differentials between geographical areas and therefore cannot generate any claim regarding aggregate trends in socioeconomic outcomes," Piveteau says.

Piveteau also more specifically addresses some of the claims made by the Trump administration regarding the socioeconomic impacts of a weakened manufacturing sector. He says he was not aware of studies that directly linked a weakened manufacturing sector to some of the more controversial socioeconomic outcomes cited by the documents, like abortion and domestic violence, adding:

Regarding the outcomes, several researchers find an effect on economic outcomes (labor earnings, employment status), quality of public goods (student/teacher ratio for instance) and also marriage rates and fertility. However, I am unaware of empirical studies that find effects on domestic violence, abortion and divorce rates.

Criticism of the document has pointed to the administration's purported desire to possibly limit the U.S.' involvement in free trade arguments, even if the supposed benefits of doing so are not necessarily substantiated. Many will likely be closely watching to see how the U.S. approaches its existing free trade agreements in the near future — and whether rhetoric like that in this internal document could be used to also used to justify actions in regards to these agreements.