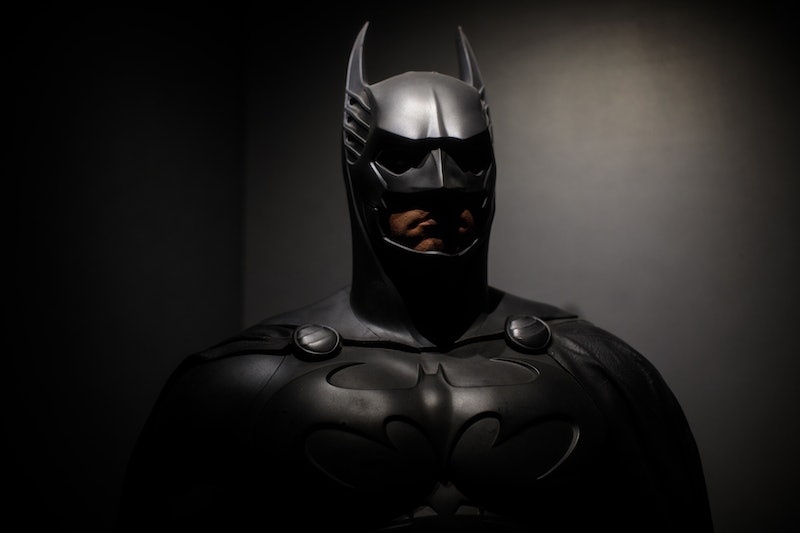 For reasons that remain unclear, a new White House economic report lists superheroes as interns, with fictional characters from the Spider-Man, Captain America, and other franchises getting shout-outs in the Council of Economic Advisers' official 2018 report. The section was flagged by former Labor Department and Council of Economic Advisers official Martha Gimbel on Tuesday.

Later on, in a series of tweets, the Council of Economic Advisers claimed that the inclusion of fictional characters was intentional. Bustle has reached out to the White House for comment on the report.

According to page 624 of the panel's most recent report to the president, several of the interns who helped compile the report are in fact fictional characters from popular superhero franchises. Peter Parker and Bruce Wayne (the civilian names of Spider-Man and Batman, respectively) are listed as interns for the economic council, as are Aunt May (also from Spider-Man) and Steve Rogers (the real name of Captain America).

The report also lists real-life actor John Cleese, one fictional character each from Star Trek and Game of Thrones, and a person named "J. T. Hutt" — widely believed by Twitter users to be a reference to the Star Wars character Jabba the Hutt — as interns.

The council later said on Twitter that this was an intentional decision meant to get its interns "the attention they deserve."

"Thank you for noticing, our interns are indeed super heroes!," the council tweeted. "We’ve thought so all along, but we knew it'd take a little more to get them the attention they deserve. They have made significant contributions to the Economic Report of the President and do so every day at CEA."

In a subsequent tweet, the council asked if "folks really [thought] this was a mistake," and said that such a mistake "would never have made it past our fact-checkers — who, in fact, include our interns!"

In its report to the president, the Council of Economic Advisers gave high marks to the Trump administration's economic policies, boasting that "for the second consecutive year, the U.S. economy outperformed expectations and broke from recent trends by a substantial margin." In a CNN poll published Monday, 71 percent of respondents did indeed say that they believe the state of the economy is either "good "or "very good."

But the CEA's report also warned that the U.S. economy won't grow by three percent every year for the next decade, as the White House has projected, unless Congress passes several additional policies. Specifically, the report said that the economy will fail to meet the administration's targets unless Congress passes a major infrastructure bill, more tax cuts, more deregulation and policies that usher Americans on government assistance into full-time jobs. In January, over a dozen chief economists from major North American banks predicted that the economy will slow to 2.1 percent growth in 2019, Politico reported.

The White House's references to Spider-Man and Captain America come just weeks before the two heroes are set to return to the big screen in Avengers: Endgame, the latest entry in Marvel's blockbuster superhero franchise.