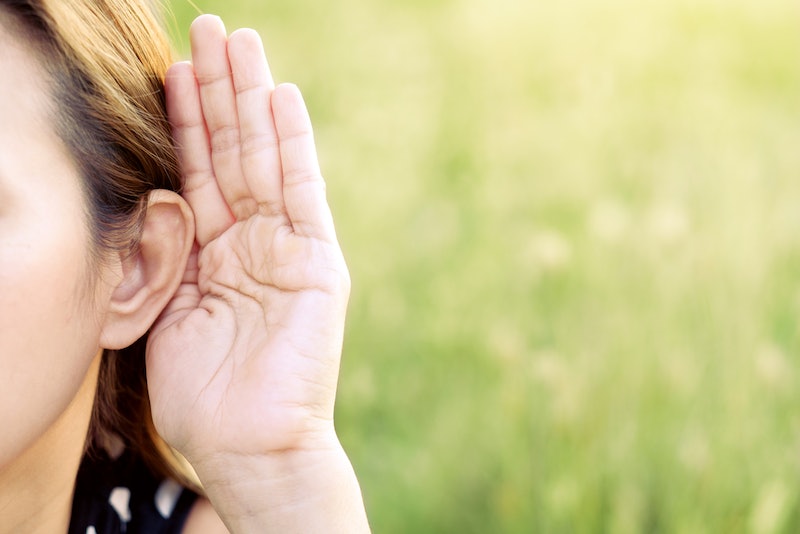 A woman in China recently woke up with a rare ear condition that left her unable to hear deeper sounds. As a result, the woman can't hear men's voices, the Daily Mail reported on Wednesday. According to the report, the woman — identified only by her last name, Chen — experienced nausea and ringing in her ears one night. The next morning, she woke up and realized she could not hear her boyfriend's voice, at which point she went to the hospital.

Chen was seen by an ear, nose, and throat specialist at Qianpu Hospital in Xiamen, a city on China's east coast. The female ENT who treated her — Dr. Lin Xiaoqing — told MailOnline that Chen could hear everything Xiaoqing said to her. However, Chen reportedly could not hear the voice of a young male patient who walked into the room.

This led Xiaoqing to diagnose Chen with a type of low-frequency hearing loss known as reverse-slope hearing loss, a rare condition that leaves a patient unable to hear deeper sounds. According to the Thigpen Hearing Center, the average male voice is a lower-frequency sound, which explains why Chen could not hear it.

Xiaoqing told the Daily Mail that she expects Chen to make a full recovery, as long as her symptoms are treated quickly. Other women joked on Twitter that they would possibly like to take a break from hearing men's voices, too.

Xiaoqing could not determine the precise cause of Chen's hearing loss, the Daily Mail reported, but said she believes that fatigue and stress were contributing factors. In the days before she woke up with hearing loss, Chen reportedly had been working long days and not getting a sufficient amount of sleep.

Reverse-slope hearing loss can be difficult to diagnose, the Daily Mail reported, because both physicians and patients may be unaware of its existence. When the condition is hereditary, patients may spend their lives not hearing low-frequency sounds without realizing it. For this reason, Xiaoqing and other experts have indicated that it is important to treat reverse-slope hearing loss as quickly as possible, both for a patient's safety and to improve quality of life.