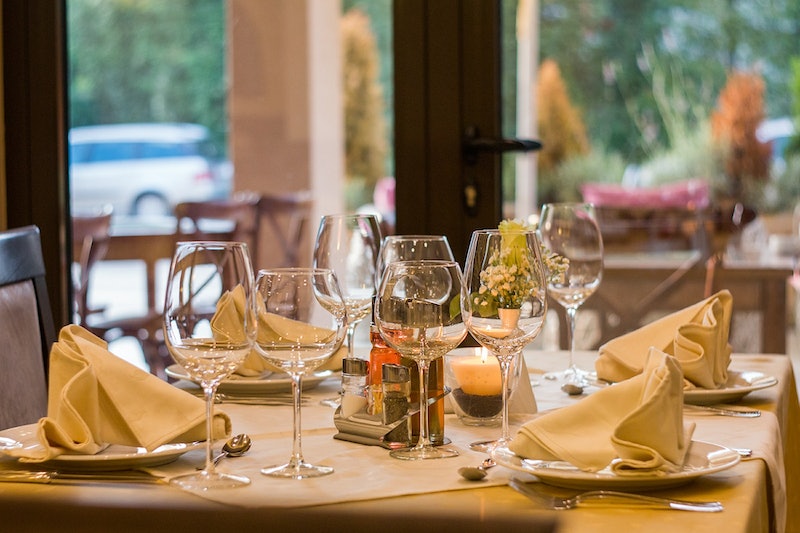 When Diana Carrillo visited Saint Marc, a pub-café in Huntington Beach, California, on March 11, she and her companions were shocked to find that their server had an unexpected prerequisite. In a viral Facebook post, Carrillo alleged that a waiter asked for “proof of residency” before serving her or the other women in her party, all of whom happen to be Latina. In fact, according to Carrillo, he said, “I need to make sure you're from here before I serve you.” If your reaction is something along the lines of “WTF?!”, you’re not alone — Carrillo’s Facebook post has now been shared almost 1,500 times.

According to a statement given to Bustle by Saint Marc, the restaurant has since fired the employee. “In no way are the actions of this former employee representative of the Saint Marc brand nor are they reflective of the opinions of anyone else on our team, including executive management,” the restaurant claims. “We have always celebrated being part of the diverse Huntington Beach community, which means valuing all guests and treating every individual with respect.”

In her Facebook post, Carrillo recounted what happened when she, her sister, and two friends went out to eat:

A few friends and I went to Saint Marc's in Huntington Beach today. My sister and my friend were seated first and the waiter asked them for their "proof of residency" when they ordered a drink. My friend in disbelief repeated what he said and his response was "yeah, I need to make sure you're from here before I serve you." Not knowing that this happened to them, my friend and I were then seated and he returned to the table and asked us for our "proof of residency." After fully digesting what he said, we all got up and left to speak to the manager.

The manager offered to seat them in another part of the restaurant, but they decided to leave.

At first, Carrillo wrote, she thought her waiter must have been joking. “For a few seconds I thought maybe he was being a smart ass or joking but the fact that he said ‘I need to make sure you're from here before I serve you’ was completely unacceptable,” she recalled. “How many others has he said this too? I hope this employee is reprimanded for his actions. No establishment should tolerate discriminatory actions from their employees.”

“This very unfortunate incident has been handled internally through the termination of the employee at fault,” Saint Marc says in a statement to Bustle, adding, “We also contacted the guest and plan to donate 10 percent of this weekend’s sales to the charity of her choice, Orange County Immigrant Youth United.”