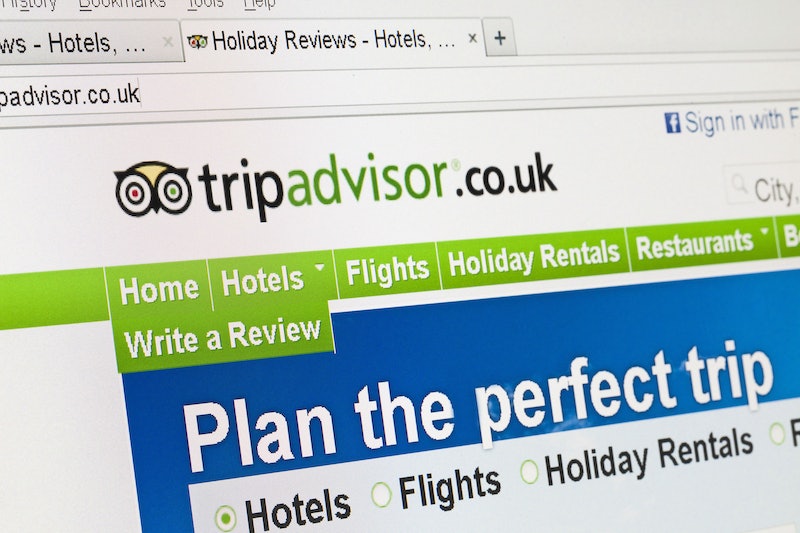 The travel website TripAdvisor is facing a new wave of criticism for its handling of sexual assault allegations against staffers at the hotels, resorts, and other businesses it lists on its website. According to a Guardian report published Tuesday, a woman who told TripAdvisor she was raped by a tour guide she found on the website claims it asked her to leave a negative review of the business disclosing her assault.

The Guardian report cites the stories of two women who allege they were raped by employees of businesses that they found on TripAdvisor. According to emails the Guardian obtained, one of the women, identified only as K, said she was raped by a tour guide whose business she saw listed on TripAdvisor. K claimed that when she informed TripAdvisor of the assault, the website suggested she fill out a negative review for the business.

"It’s a horrible tragedy when someone experiences a safety issue like a sexual or physical assault," TripAdvisor said in a statement. "TripAdvisor exists as an informational review platform for travelers to post their experiences, including incidents of assault."

This isn't the first time TripAdvisor has been accused of failing to take adequate action against businesses listed on the platform when employees of those businesses are accused of sexual assault. The Milwaukee Journal Sentinal reported in 2017 that TripAdvisor removed forum posts from travelers describing firsthand accounts of sexual assault at a variety of Mexican resorts. In response, TripAdvisor adopted a new policy of publicly flagging hotels where sexual assaults were reported.

In an interview with The New York Times, a woman who alleged she was raped by a security guard at a Mexican resort criticized this policy for two reasons: Such warnings only stay up on TripAdvisor's website for three months by default, and they are vague in nature without disclosing the reason the business was flagged.

"TripAdvisor has been made aware of recent media reports or events concerning this property which may not be reflected in reviews found on this listing," the warning says, according to Traveller. "Accordingly, you may wish to perform additional research for information about this property when making your travel plans."

The day before the Guardian report was published, some users on TripAdvisor's forums who saw the warning expressed confusion as to what it meant. The company told the Guardian that currently, four businesses are flagged with that warning on the website.

TripAdvisor defended its policy of not removing listings for businesses whose employees have been accused of sexual assault in its statement.

"Having a business listing on our platform isn’t an endorsement of that business," the statement read. "It would be a disservice to the public to remove these listings, and therefore withhold valuable information. Allowing a business to operate in the shadows, without having a transparent record of travelers’ experiences at that location, potentially puts travelers at risk."

Speaking with Bustle, a TripAdvisor spokesperson draws a distinction between businesses that advertise on the website and those that are merely listed for review. However, asked if TripAdvisor has policies in place to prevent businesses where employees were accused of sexual assault from buying advertisements, the spokesperson says he would need to check to confirm policy internally.

According to the Guardian, K eventually wrote a negative review of the business, but claimed that TripAdvisor didn't publish it because it wasn't written in the first-person. The TripAdvisor spokesperson tells Bustle that the company declined to publish reviews that referenced sexual assault in the past because they violated the company’s comment policies at the time. However, the spokesperson says the company changed its policies “shortly after 2007 to make sure that reviews about things like rape and assault [will] always be publishable” on the website.

Regardless, survivors say the website needs to do more to protect against sexual assault.

"TripAdvisor has a major platform and really they have a duty for public safety, because it is a big problem. I’m not overstating it when I say it’s widespread," one of the women told the Guardian. “Many women contacted me and said this has happened to them too, by a different staff member at another hotel. And we need to be aware of it.”

Clarification: This article was updated to further clarify TripAdvisor's comment to Bustle.