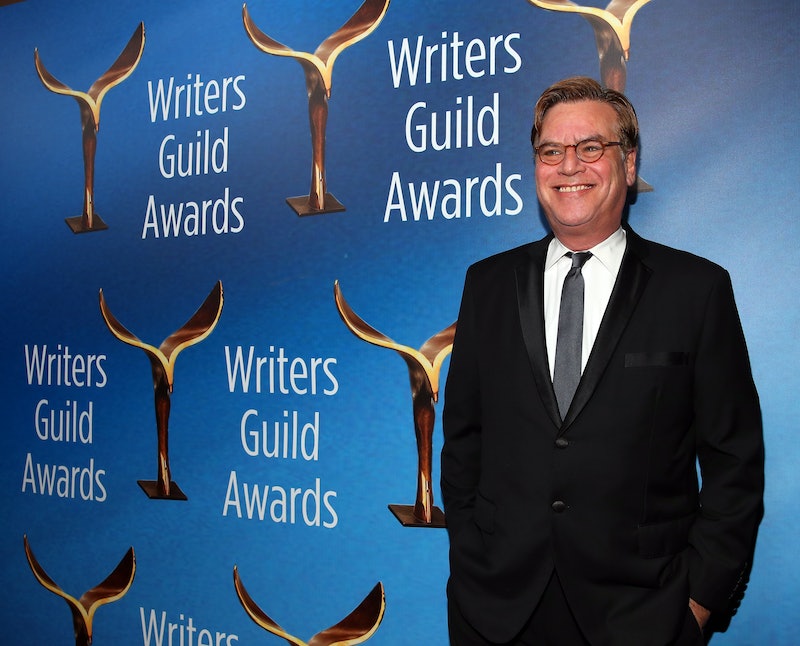 Because of his successful fictional presidential campaigns, award-winning writer Aaron Sorkin weighed in on new Democratic congress members, saying they need to "stop acting like young people" if they want to successfully govern. On Sunday on CNN's Fareed Zakaria GPS, Sorkin said there's "great opportunity" for these new congress members.

Sorkin started this particular thought by pointing out Democrats he did like: "I like Kamala Harris a lot. I like Joe Biden a lot." Then he pivoted into the advice portion. "I really like the new crop of young people who were just elected to Congress. They now need to stop acting like young people," Sorkin told host Fareed Zakaria. "It's time to do that."

Then, Sorkin seemed to suggest that defending the right of transgender persons to use the bathroom that aligns with their gender identity is a distraction for Democrats:

I think there's a great opportunity here, now more than ever, for Democrats to be the non-stupid party, to point out the difference. That's it's not just about transgender bathrooms. That's a Republican talking point they're trying to distract you with. That we are... That we haven't forgotten the economic anxiety of the middle class, but we're gonna be smart about this. We're not gonna be mean about it.

Shortly after his comments hit the internet, Twitter started to push back at his assertion that new Democratic lawmakers need to "stop acting like young people." On Sunday, Human Rights Campaign communications staffer Charlotte Clymer tweeted that Sorkin's political bonafides were only fictional before moving into her substantive critique. "I would like to remind everyone that the only political campaign Aaron Sorkin ever won was a fictional presidential campaign that he wrote," Clymer tweeted. "And I think there's something deeper here: Sorkin really just wants gravitas, and he's okay if the gravitas in our elected officials comes with troubling compromise. We like @AOC and @Ilhan and these incoming Members because they prioritize substance over gravitas (appearance)."

New York Democrat Rep. Alexandria Ocasio-Cortez also responded to Sorkin's remarks. "Let's dig into 'gravitas,' bc it's an ambiguous word, selectively applied. Ever wonder how expression that's feminine, working-class, queer, or poc ins't deemed as having 'gravitas,' but talking like an Aaron Sorkin character does?" Ocasio-Cortez tweeted on Sunday. "Men have 'gravitas,' women get 'likeable.'" [sic]

But politicians weren't the only ones who took offense to Sorkin's comments. Writer Rob Rousseau tweeted, "If Sorkin were to write @AOC as a character she would constantly be falling down the stairs and accidentally sending flirty emails to her staff that were meant for the unflappable male protagonist."

While writer Rachel Syme tweeted, "Someone come collect ur uncle. Honestly I bet he cannot understand AOC's appeal because he'd never write a complex young congresswoman into a script." Splinter writer Hamilton Nolan wrote, "Everyone who thinks Aaron Sorkin is a great writer is a bad writer."

We'll have to wait and see if Democrats take Sorkin's advice to "stop acting like young people" as the 116th Congress continues.